Teenage sensation, Katelyn Macs has released her new single titled “Light it up.” In her new song she is featuring Waka Flocka, an American rapper. The new singer is currently promoting her new single and judging by the reception it is set to be a hit song of the year.

Austin, TX -- (ReleaseWire) -- 08/21/2017 --Katelyn Macs a Texas teenage sensation is the new kid on the block in the Hip Hop and R&B scene. Representing her hometown of Austin, Texas, daughter of successful Texas oil man Michael Macs and newest signee to record label Ironwood Music Katelyn's single is making a splash on the airwaves in Texas and 25 other major markets around the United States.

Her new single titled "Light it Up" featuring Waka Flocka, an American rapper of the chartbuster single "Oh let's do it " and no. 13 single US billboard hot 100 single "No hands" is currently topping the charts. The song released in late July has given the teenage star a shot at fame.

Katelyn Macs recently completed her mini tour opening for "Nothing on You", and "Airplanes" No.1 chart topping rapper B.o.B. With her latest show scheduled on August 19th in the Austin Metro area for Bat Fest 2017 with Bone Thugs N Harmony, and Paul Wall as the headliners. This is her second performance in her hometown in a span of two months. According to the tour organizers, the reception has been good and they are looking forward for an even more electrifying performance from the Texas teenage star.

The singer who says her love for music and entertainment started early adds that it grew with her participation with musicals in school. The daughter of a successful Austin oil man, Michael Macs says she wants to outshine her father in quest for stardom. According to her producers, she may have started that journey judging by her single's reception and the electrifying performances she has been having despite her music career being in the sunrise.

Her style compares well to the likes of Selena Gomez, and Alessia Cara she hits the notes with sultry melodies and soulful vocals. According to her producer, there is maturity in her style and the sound fits perfectly in the top 40 hits.

Her new single Light it up is currently available at iTunes and SoundCloud! The song is predicted to climb the local and international charts. She is confident that it will be at the top of the chart as year progresses. 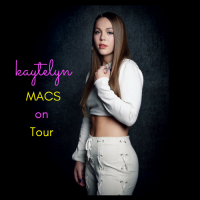 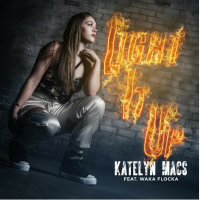