On a hot California afternoon, the author, Ronald Way, was struck by a blinding light. Jesus appeared in that light to ask if he would give up everything and move away to write a story about a memory that would be awakened from within.

Wickenburg, AZ -- (ReleaseWire) -- 04/15/2016 --Ronald Way's gospel 'The Disciple' invites the readers to join the author on his journey back in time as he shares his remembrances of a life long gone, but never forgotten. A man of multiple parts, skills, and accomplishments, Ronald is the founder and managing director of a web design and communications company. He is the proud two-time recipient of the prestigious Inc 500 award, presented to him for having built two of the fastest growing, privately held companies in America. Ronald is also a retired Naval Officer and runs a charitable foundation assisting the widows and their families of the soldiers that have passed away serving the nation.

Ronald Way mentions that 'The Disciple' was written as the result of a life-changing experience faced by him in 1981. He was struck by a Blinding light while on a public beach in California. Mr. Way claims that Jesus appeared from that light and asked if he was ready to give up everything to write a self-awakening story intended to bring people back to his original life and teachings, and away from the stories about him that have morphed and changed over the millennia. Upon his acceptance, Ronald had to travel halfway around the world to the Holy City of Jerusalem and then to the banks of the Nile. In this journey, the author came face-to-face with a vision that sent him back all the way to the time of Jesus of Galilee.

Talking about his book, Ronald states, "As strange as it might seem to modern man, God is present, Jesus did walk amongst us, and miracles still occur. If you have ever wondered what it was like to live at the time of Jesus, prepare yourself, you are about to live it through the eyes of someone who was there."

'The Disciple' has already received excellent feedback from a very large pool of readers. A particularly inspired reader said "The book grabbed my attention immediately… I like the fact that the cover really portrays the essence of the book in a living, vital way and draws the reader into the story even before the pages are turned… May everyone who has the joy of reading The Disciple have their hearts and minds opened to the Truth of the Master Jesus' teachings."

To find out more about 'The Disciple', please visit http://www.thedisciplesite.com/

About Ronald Way
Ronald Way was the founder and managing director of a web design and communications company in Solvang, California. Ron is a two-time award winner of the prestigious Inc 500 award. He is also the winner of the New York Festivals award for the best US religious show aired on the radio (and third best in the world), for An Eye on Faith, aired at the time over the abc radio networks. He is an architect and a retired naval officer; he is the founder and chairman of the FallenWarrior.org foundation, aiding widows and their families of the soldiers that have died in the service of their country. He sat for a decade on the board of directors of the Westar Institute, made up of almost two hundred New Testament scholars studying the historical Jesus and the beginning centuries of the Christian faith. 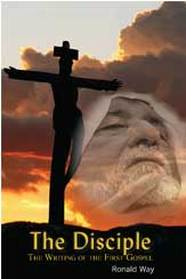 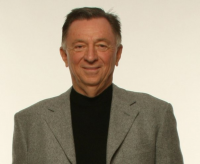