Indie author Nancy Klann-Moren has found a way to stand out from the pack and break free from the "self-published" stigma. How? By winning awards.

Orange County, CA -- (ReleaseWire) -- 09/16/2014 --Author Nancy Klann-Moren's debut novel, "The Clock Of Life" has been recognized as a front runner in the expanding world of indie-publishing, including:

"Since the door is open to all who want to publish independently, the readers concern about a books quality is understandable. Nobody wants to waste their time and money on a bad read." Klann-Moren said. "To have this sort of recognition for my novel, by professionals who care about high standards, is an honor."

Set in Mississippi, this southern tale of right and wrong portrays young Jason Lee Rainey's struggle to become his father's son. This story explores how two unsettling chapters in American history, the Civil Rights Movement and the Vietnam War, affect the fate of a family, a town, and two boyhood friends.

When asked what inspired her to explore these two topics, Klann-Moren said, "The idea of human inequality and how it comes to be has always baffled me, so the foundation for The Clock Of Life was more emotional than cerebral. Few things in our history magnify unfairness more than the Civil Rights struggle.

As for Vietnam, the politics of our involvement there is hard to think through. In exploring both these events, it's clear that our American protests changed the status quo.

Look Inside for a preview at Amazon.com http://tinyurl.com/kckr2kl

"This is not only a fine read, this is an important novel by an important new voice in the art of blending fiction and fact and making sense of it all." Grady Harp, Literary Aficionado

"Giving the gift of experience is one of the most important functions of literature as is conveying important moral messages and lessons. "The Clock of Life" does both extraordinarily well. You gotta love a book that lets you walk in the shoes of the characters, feel their hearts and souls and live their lives. This is just such a novel." Sandra Shwayder Sanchez for Book Pleasures.com

"Narrative and dialogue contain picturesque prose that opens the story in the mind of the reader. Highly talented and skilled writer." Judge, Writer's Digest Self Published e-Book Awards

About Nancy Klann-Moren
Klann-Moren is a former marketing executive who took up writing as an outlet on long flights, while traveling for work. "This novel began as a short story," said Klann-Moren, "until one morning I read it aloud while in a workshop at a writers conference. When finished, the instructor asked what I was doing for the next couple years, because, 'What you have written isn't a short story, it's a novel.' At first I rejected the idea, but soon realized the importance of the subject matter, and I wrote the novel, "The Clock of Life. At present she is working on a new novel loosely based on the time she and her friend found an intriguing old diary in an antique shop and took a road trip to find the lady who had written it. The girls will not be named Thelma and Louise, but the story will take them on an unforgettable trip cross country. 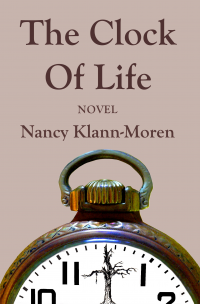