Ayo the Clown Teaches Values of Courage, Love, and Friendship in an Exciting New Game for Kids

New York, NY -- (ReleaseWire) -- 08/02/2019 --Today, media and parent attention focus on video games as never before. Too many kids play too many games with too much violence, too many sexual situations, and too little dedication to building values.
Until now.
Ayo the Clown brings to life the values of courage, friendship, resilience, and persistence. Children can now learn these essential character points from a fun game featuring a lovable character in Ayo.

How the Game Works

The structure of Ayo the Clown relies on creating multiple platforms and themes. Promoting the values that lie at the core of the game means creating platforms that build upon each other. They offer exciting challenges, varied landscapes, and different villains, each designed to engage the game player.

Ayo the Clown draws on inspiration from several hit games, including Super Mario Bros, Yoshi, Kirby, and Little Big Planet. It takes the best ideas from these and other games to make Ayo the Clown as fun as possible while limiting repetition.

The design of the game makes it kid- and family-friendly. It also teaches important messages about life while players have a great time.

The company Cloud M1 LLC has created a Kickstarter crowdfunding campaign to raise capital for further production and distribution of Ayo the Clown. So far, it has raised approximately 15 percent of its $17,000 goal.
To encourage donations, Cloud M1 LLC has created tiers of rewards tied to donation levels.
- $5.00 earns "pin juggler" status which entitles the donor to mention in the credits
- $10.00 earns credit as "Stilt Walker." Donors get into end credits and also receives special digital wallpaper
- $17.00 or more given soon earns the donor a spot in the end credits as "Jester." Donors also receive a copy of the game along with access to development forums.
- $30.00 earns the donor status as "Lion Tamer." Donors at this level enjoy a free copy of the game, a book of concept and development art, and much more.

Each additional tier entitles the donor to expanded access and amenities related to Ayo the Clown. More importantly, however, financial backing helps the donor to support the creation of more family-friendly video games that teach, rather than undermine, important values. 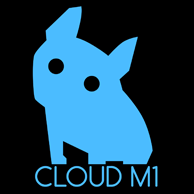