BALDER Worlds at the Horizon

Stockholm, Sweden -- (ReleaseWire) -- 11/14/2016 --Balder is a Sci-Fi/Fantasy Kickstarter film campaign based on Norse mythology coming from the region of origin born out of a love of the genres.

The story begins in a Galaxy known in Mythology as the Yggdrasil, giving you Space Vikings in the past of your ancestor's.
A once great civilization on the verge of destruction and evil rising from the shadows; Balder son of Odin is forced into the adventure of a lifetime when suddenly abducted and sentenced to death by the coalition. He has to break free and find the Mjolnir before it's too late.

Working in the creative industries in old Viking land (Sweden) and having discussed a Sci-Fi/Fantasy universe based on the mythological Yggdrasil for a decade the creators started producing content using own time and money with the help of some talented friends.

One year later all 3D assets and music needed for an indie film project of this magnitude were complete and as a result a teaser trailer was produced.

Balder might just be the most interesting character in Norse mythology and perfect for an epic adventure to distant worlds featuring Vikings, creatures and magic; offering a new angle on a familiar theme.

About The Balder Team
Balder is an upcoming twenty-five to thirty minute film produced by Writer and Director Erik Löfgren, Composer and Sound Designer Patrik Oberg, Producer Magnus Backstrom, and a large CGI/VFX team. And no one can forget the 6.5 foot tall performer Emil Andersson Westman and talented actor and epic muscle man Andreas Cahling. 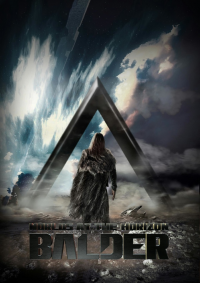