Plymouth, Devon -- (ReleaseWire) -- 06/23/2017 --Banksy of Music Artist Agent P Political Activist, Singer, songwriter, instrumentalist, producer and director of all is own Music and Video martial down to every last majestic note artwork. Agent P is unorthodox maverick a musical Banksy in the political activist music world. He defies any easy pigeonhole with unprecedented special instinctive raw aptitude and English charisma, rare with today's manufactured music. Like a gentle breeze caresses the electric guitar, accompanied with interwoven storm hitting the hard riffs and rhythm, with melody picking away on classical acoustic. The bass buzzing like a bubble bee funking out from flower to flower, pollinating the ancient soul straight from eh heart. Sings on the edge of modern life, gliding over taboos with intellectual ease, encoded in sarcasm where you need to break the code.

The Artist Agent P Music Vocals harmony reaches deep soulful expressions, swinging with feelings of values and morals in a troubled world that Banksy captures with your eyes where Agent P Political Activist grabs your ears. He tops it all off with keyboard samples -- all skilfully blended into a seamless flow of real life. One fan said the unplug single somebody "Its music from the heart that only inspired me to write a book and call it somebody"

Music Beats for your Banksy soul and mind, Artist Agent P has 3 albums to his credit; the latest We All Need Heroes (2017) - original songs that that grabs our mind of the back of the Political Activist Album that was temporally banned Political Machine (2016) – Message to the government (FUKU) fxxk you! That's as real as it gets, raw and honest with truth in the words, leaves intrigued to the imagination coming through from tortured soul in the Agent Political activist music mocking the unethical Politics. A performance after 3 years in the courts seeping out beyond more that a sex pistols rant. Piercing with precision to the core with old school English quirky humor buried for its controversy and honesty, going against the Political correctness in modern society offended by a wrong note.

"It's hard to imagine another artist on the Political Activist scene who combines the same concise, deceptively understated, lyrical insight and sometimes devastating to the point with such a combine instrumental prowess that achieved more than my expectations for the election camping music unless he was Banksy with a brush." DANNY BAMPING – NOTE NO PARTY MOVEMENT!

"It's not just a wealth of mixed music styles and life influences but his expressive voice with a real personality that gets across changing my thought process like Jazz to the brain. His songs, which range from being a Political Activist to thoughtful of life, to silly to poetic wordsmith, that turns his hands to any topic. Artist Agent P shows that he knows his way around the world and diverse issues composing the Real Change theme song just as well as he knows his way around a fret-board." JASON NOTA -- REAL CHANGE!

Something different that's been missing over the years, just real, raw, a clever wordsmith that you understand without a mass of manufactured engineering taking the soul out the music. Agent P is much talked about, UK courts wanting to prohibit his freedom of speech. Not a benefit to the public or in the best interests to a creative Political Activist genius that sends you on a journey wanting a end to the musical! The lyrics 'Together we all need heroes' are so true at the moment of division in the world. The song 'wake up and smell the coffee' reflects what it's all about in the Banksy of Music!

That's what's so great about Artist Agent P Political Activist and his music it gets you thinking like Banksy Political Activist work, it's not about taking on the world on your own, it's about what's right and inspiring that together we are heroes and somebody's hero... This tells you all about agent P, he gets you thinking with orthodox styles comes with profound impact on modern day MP3 straight top your phone, marked by lyrical compositions of extraordinary poetic music power changing into a comedy of a mockery of brave words leaving you with questions to life, only you have the answers to!

Agent P the Political Activist Banksy of Music is available for interview and to work on creative projects. Please contact to set up a time that is convenient by visiting Agent P excellent website with links to his Albums (iTunes and stores) and contact info. Who is Agent P? 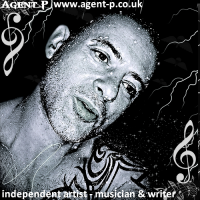 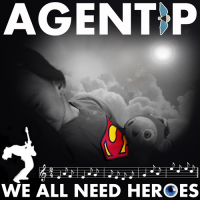 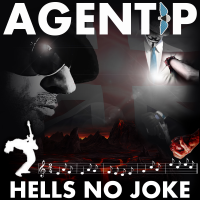