High-Five the Barbera Bear at the Philadelphia Auto Show.

Philadelphia, PA -- (ReleaseWire) -- 02/10/2020 --It's Gary Barbera's favorite time of year, The Philadelphia Auto Show, Valentine's Day, and President's Day! See the BarberaCares Bear all over Philadelphia. High-Five Philly's favorite Bear at the Philadelphia Auto Show, inside the Fashion District located near Jefferson Train Station, at Chickie's and Pete's and Dunkin' Donuts where visitors can win $25,000, and at all of the Solar Powered Recycling Kiosk PSA BarberaCares Don't Text and Drive Displays.

As clients of beMarketing, Gary Barbera's on the Boulevard and its affiliates / brands provide submissions to vendor for verification and publication. The content of the material provided is for informational and entertainment purposes only. Any third-party links are for reader's convenience and not an endorsement. No commitment has been suggested to update content at any time. Not responsible for errors or omissions. BeMarketing verifies content and material as well as manner of presentation to be reflective and in accordance with publication and release of third-party references, disclosing sources of information and citations.

About Gary Barbera's on the Boulevard and his BarberaCares Programs

Gary Barbera's on the Boulevard proudly celebrates their 30th anniversary since swinging open the doors showcasing Dodge, Ram, Chrysler, Jeep and CPOV vehicles collaborating with it's own Philadelphia's Credit Connection- On-Site Instant Auto Credit. Over 1000 Vehicles including 300 Jeeps Cheap at one location. Barbera's on the Boulevard is recognized by FCA as Philadelphia's #1 volume dealer in both new and pre-owned vehicles for decades. Getting their start as a Dodge dealer has propelled them to be the #1 Dodge Dealer in 6 states, PA, NJ, DE, MD, VA, and WV since the start while receiving Chrysler's highest accolade J D Power certification. 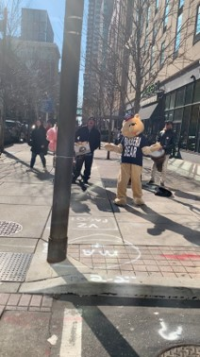 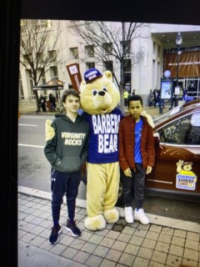