Union, NJ -- (ReleaseWire) -- 01/01/2015 --Maxon Automotive of Union New Jersey has teamed up with Giavotto advertising in Parmamus to run public service announcements in the the northeast, reminding drivers to be prepared and be safe for the upcoming winter season.

With Maxon spokesman Barry Ratcliffe as the host, they remind you that the most important thing you can do is prepare. Here is a list of their winter driving tips.

1. Check your tires
2. Check your battery
3. Check your wipers
3. Check your fluids
4. Have on board a flashlight, jumper cables, warning devices, and abrasive materials in the event you get stuck
5. Plan your route

These tips are brought to you by Maxon and Giavotto Advertising.

Barry Ratcliffe is usually screaming the info in the "Crazy Eddie" vien of commercials, but his PSA is important and is delivered straight forward to remind viewers to have a safe and wonderful winter season. 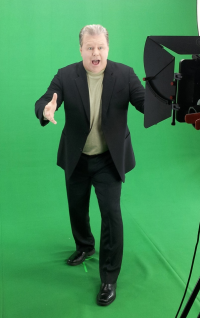