Barry Ratcliffe bloodies up the screen as the Butcher in "The Penny Dreadful Picture Show," narrated by the multi talented singer and actress Eliza Swenson.

New York, NY -- (ReleaseWire) -- 11/25/2014 --Barry Ratcliffe plays the sinister and creepy father to a strange family of what we believe to be deranged killers, but there is a twist to this tale.

Director Leigh Scott's "Slaughter House", the final story in "The Penny Dreadful Picture Show" trilogy, is a horrifying and well told cinematic story of suspicion, murder, sex, and drugs. In the vein of "House of 1000 Corpses" and "Devils Rejects", the climactic part of "The Penny Dreadful Picture Show" trilogy, combines stylistic elements of the classic horror films with those of modern genres for a true scream fest vision.

Eliza Swenson narrates as the undead Penny Dreadful, which stars Sid Haig (Captain Spaulding), Jeffrey Combs from "Re-Animator", actor and former WWE Superstar Al Snow, and many others. As a butcher, Barry Ratcliffe plays the patriarch of the family who has a secret to hide. Ratcliffe says "Working with such amazing actors is what makes a movie worth watching, and you can tell that we are having a good time. I have so much respect for everyone from the director to the cast and crew that put this film together. My two best friends, Eliza Swenson, (also lead singer in Divine Madness) and Al Snow, are amazing actors, so to share this experience with them, made it a truly amazing project. Although sometimes I would get so caught up in how talented they are, I would forget my line, lol. Great films are made by a combination of great actors, a good script, great visuals, and good audio. This movie has it all. Not too mention the amazing surroundings, we shot the film at a 20,000 Sq. Ft. abandoned and very creepy mansion in Connecticut."

"The Penny Dreadful Picture Show" is available on DVD and cable broadcast, check your local listings.

About Barry Ratcliffe
Barry Ratcliffe is best known as city councilman Jason Tyler on the Lifetime drama "Army Wives", and as an auctioneer on all 3 networks and the upcoming Nicholas Sparks film "The Longest Ride" His wide range of characters span from comedy to drama on such shows as "Nashville", "Person of Interest", Tyler Perry's "The Haves and The Have Nots", "White Collar", "Brothers and Sisters", the award winning "House of Cards" and many more. His film resume is equally extensive and varied from his latest "Loomis Fargo" with Zach Galifianakis and Owen Wilson, to recreating the cowardly lion role in the feature film "Dorothy and the Witches of Oz". His full resume can be viewed on IMDB at http://www.imdb.me/barryratcliffe. Ratcliffe is represented by Monarch Talent, Agency Connects, and Castle Hill. 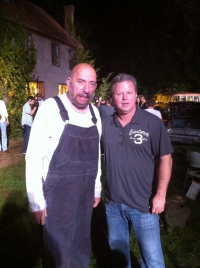 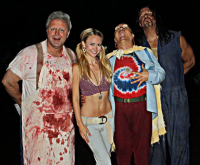 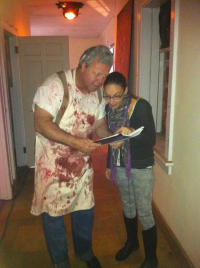