New York, NY -- (ReleaseWire) -- 12/18/2014 --In the docudrama crime series "Redrum", detectives piece together the story by moving backwards in time from the scene of a murder until the truth emerges and unveils the complete context, story, and guilty parties. Filmed in and around the New York area, it is a gritty crime show based on real cases.

Barry Ratcliffe plays detective Dan Looney, a seasoned Portland detective, on the trail of a missing young girl when the story takes an odd and violent twist.

"Playing Detective Looney was a great honor as it is based on a real detective who serves this great nation as a decorated and devoted officer of the law", Ratcliffe notes. "I love good crime stories and I have extensive experience playing a detective (6 years on the hit CBS drama "Nash Bridges"), and I wanted to do justice to the character and to the realism that makes up a crime drama. I took what I knew about the case and the detective, added additional back story and spent time with the director on her vision. We sometimes don't notice good acting, because it is seamless, but we always notice bad acting. I am devoted to telling a story and taking the audience with me on the journey, and this performance was no exception."

About Barry Ratcliffe
Barry Ratcliffe is best known as city councilman Jason Tyler on the Lifetime drama "Army Wives", and as an auctioneer on all 3 networks and the upcoming Nicholas Sparks film "The Longest Ride". His wide range of characters span from comedy to drama on such shows as "Nashville", "Person of Interest", Tyler Perry's "The Haves and The Have Nots", "White Collar", "Brothers and Sisters", the award winning "House of Cards" and many more. His film resume is equally extensive and varied from his latest "Masterminds" with Zach Galifianakis and Owen Wilson, to recreating the cowardly lion role in the feature film "Dorothy and the Witches of Oz". His full resume can be viewed on IMDB at http://www.imdb.me/barryratcliffe. Ratcliffe is represented by Monarch Talent, Agency Connects, and Castle Hill. 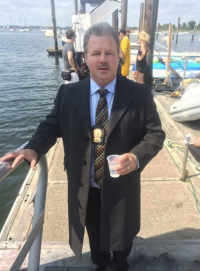 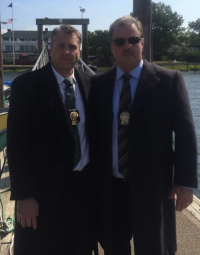