Barry Ratcliffe Is the Cowardly Lion in "The Witches of Oz"

"The Witches of Oz" DVD released for the holidays stars Barry Ratcliffe in once in a lifetime role of the cowardly lion in this classic remake. Destined to be a classic, the film features Christopher Lloyd, Sean Astin, Mia Sara, and Billy Boyd.

New York, NY -- (ReleaseWire) -- 12/29/2014 --Actor comedian Barry Ratcliffe recreates the role made famous by Bert Lahr in this classic and yet updated sequel to the "Wizard of Oz". "It is beyond an honor to play such an iconic character and something I have worked for and dreamed of all of my life. We watched the Wizard of Oz as a family growing up, and I dreamed of being the cowardly lion since I was a little boy" says Ratcliffe.

In the movie, Dorothy has moved to the big city (New York) only to discover that her books and dreams are repressed memories of her time in Oz. The story follows the books of L. Frank Baum, with all of the original characters reappearing to help her save the world.

Barry appears first in the movie as her lovable cherub faced attorney, but we soon discover hints of his quirky true identity as her brave and strong protector.

The film is an homage to the great films of the 80's starring such actors as Christopher Lloyd (Back to the Future), Sean Astin (Goonies), Mia Sara (Ferris Buelllers Day Off), and Billy Boyd (Lord of the Rings). The film produced and directed by Leigh Scott and Chris Campbell, also stars Paulie Rojas as Dorothy, the amazing Eliza Swenson as the wicked witch, Al Snow, Lance Henrikson, Jeffrey Combs, Ari Zagaris, Sasha Jackson, Noel Thurman, and Jessica Sonneborn.

The film will be available on Amazon and all major outlets. A family friendly, fun, and fast paced movie, it will no doubt become a classic collectible. 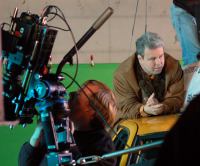 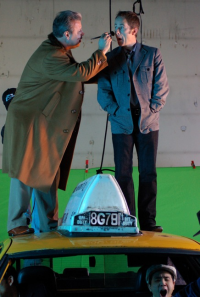 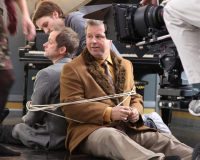 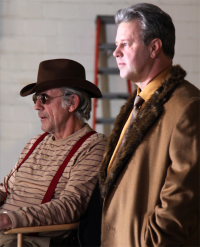