Oklahoma City, OK -- (ReleaseWire) -- 11/20/2018 --The opioid epidemic continues to have profound, and deadly, consequences on American society. While some steps have been made to reel in opiate pain relievers, blamed as the root cause by many for addictions to illicit substances like heroin, others have looked to find new ways to treat those who need the relief most.

Henry tells FOX 25 the inspiration for the device came nearly two decades ago, when she was a pre-med chemist and biologist. Her then-15-year-old daughter was in a tragic car crash that left her with a crushed vertebrae and a lifetime of pain ahead.

"I knew the pain she was going to experience throughout her life so I really felt compelled to develop something for her to get out of pain," said Henry. Over the years, Henry developed Neurolumen. A small device that comes with a wrap, a cord and a power box. But it's what's in that wrap that's so interesting. The device uses a combination of LED lights, lasers and electric stim to treat areas that frequently see pain.

"They actually help with micro circulation, meaning your capillaries, and things like that," Henry explains. "They bring nutrients in and toxins out, inflammation out."

And then the stim kicks in to move out toxins from even-deeper muscle groups.

As Nuerolumen gained approval from the Food and Drug Administration, Henry wanted to target her product to one group in particular. A group that's seen its share of chronic pain injuries and opiate addictions. Veterans.

The quest to help vets started in Oklahoma City with one man, retired U.S. Airman Jimmy Lee Dean. Dean suffered a back injury in Operation Desert Storm and was left in chronic pain.

"The level of pain you feel when your back is going through spasms is… it's almost indescribable. You're immobilized," said Dean. Dean's wife found out about Neurolumen and he and his doctor decided to give it a try. And despite his own skepticism, his results were astounding.

"After having it I just think it's a godsend. I wouldn't do without it now. I don't think I could do without it now," said Dean. "I still have pain every day. But it's at a level I can actually tolerate it."

Now, Neurolumen has spread to 35 Veterans Affairs hospitals and rehabilitation clinics across the country, a number that continues to grow. And some vets have taken it a step further than Dean, working their way completely off opiates.

Neurolumen is on the GSA government schedule for the V.A. and is available in one of the largest drug rehab centers in the country, Houston's Memorial Hermann.

For more information on Neurolumen and to see how to get a device, visit the website http://neurolumen.com/. 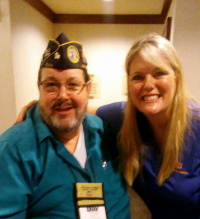 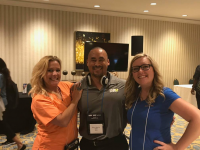 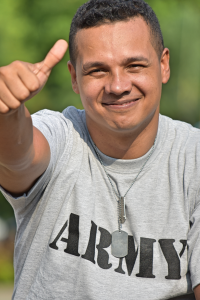