Bask Introduces an Innovative Device to Keep Your iPhone Charged

Smart Crowdfunding is slated to carry out strategic marketing initiatives for the ‘Bask’ crowdfunding project on Indiegogo. This campaign endeavors to raise the funds needed to bring a self-charging iPhone battery pack to market.

Los Angeles, CA -- (ReleaseWire) -- 10/15/2014 --Bask, which is a brand new and portable way to keep your iPhone charged, is being introduced to the public through a crowdfunding campaign on Indiegogo. This campaign was launched by the Bask team on September 15th and has a funding goal of $100,000, which needs to be raised by November 14th in order to begin mass production of their innovative device. Bask is a self-charging battery pack for the iPhone 4/4s, 5/5s and 6/6 plus. Initially, this device will only be compatible with the iPhone, however the team is hoping to create versions of Bask for the iPad Mini and iPad Air as well as the Samsung Galaxy S4 and S5. This device will provide a user with up to 60 minutes of extra talk time or 120 minutes of stand-by time, which will prevent those frustrating dead phone-battery emergencies that seem to plague cell phone users.

The Bask device snaps onto the bottom of the iPhone and works as a convenient and fully-self charging on the go battery charger. The creators state that “within Bask are two batteries. The first is a VpGB (vibration powered generating battery) which creates and stores power from your daily movements. The second is a rechargeable battery which is powered by the solar cells located on the front and back of Bask.” This combination guarantees that the device will always be charged and ready for use. The Bask charger is made in the USA and was created to be sleek and portable. It is currently only available in the standard black color, but the team is working on different colors and plans on introducing metallic, faux leather and wood grain versions in the near future, followed by a wide variety of bright colors to suit a user’s individual style.

The Bask team has completed all of the groundwork for their device, and are ready to begin the next phase in development which is why they have launched their Indiegogo campaign. The funds raised from this campaign will be used for: legal costs and fees, trademark and patents, manufacturing costs for a minimum of 2,500 Bask units, marketing and advertising, company overhead costs, shipping costs, and postage costs. They are eager to begin the mass production phase with the help of their Indiegogo supporters. As an added incentive with their campaign, the team is offering several perks to their contributors. These perks range in value from a “Thank You” which enables a contributor to follow the campaign, to several pre-purchase amounts of the Bask device. There is even a “Limited Edition You” perk which gives backers the opportunity to work with the team and design their own Bask. Along with their various perks, the team is also running a referral program which gives a supporter the chance to win up to 5 Bask devices for free in exchange for referring a certain number of people to the campaign. If all goes well with their crowdfunding, the team anticipates shipping of their Bask devices to begin in February 2015. Full details can be found on their campaign page.

About Bask
Bask is a self-charging battery pack for the iPhone. It was founded and created by David levy.

To learn more about the Bask crowdfunding project Click Here

To contact via email write to David Levy at: basksolarchargers@gmail.com 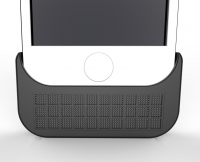 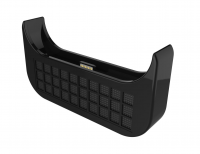