Chicago, IL -- (ReleaseWire) -- 08/29/2013 --The President, Officers and Members of the Belize Ex-Services League of Chicago, Inc. (BEXSLOC) would like to express their sincere concern on the recent issue surrounding members of the Belize Ex-Services League brought out in the media. Various media outlets from Belize have reported on a dispute among the National Executive of the league and those from the local chapter in Belize City.

BEXSLOC has grave concern for the benefits of all veterans; the expulsion of an entire branch of the league is a serious matter. Additionally, the sale of the headquarters and an institution that provide so much for veterans should be contemplated heavily and privately among the exclusive membership of the league. We recognize that involving the legal system could cost an additional financial burden that may not be readily or easily available to the league. In our opinion, available funds can be of greater benefit if put towards the well-being of veterans.

Mr. Gilbert Pook, President of BEXSLOC, with the support of his members would like to ask both sides of this dispute to seek precedence on the importance of service to one another. Mr. Pook calls on his counterpart, Mr. Bernard Adolphus and Mr. Keith Pipersburgh to seek an amicable resolution that will suffice the entire league. The Belize Ex-Services League has grown from Belize to other areas including New York and Chicago.

For more on the Belize Ex-Services League of Chicago, visit http://www.bexsloc.org. 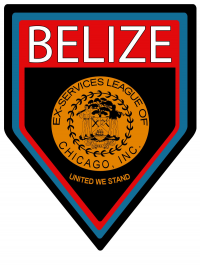