After a successful first run with his single "My Religion" in Fall of 2015, peaking at #38 in The Billboard Dance Club Songs chart, Alessandro Coli is back with his latest club single "Flames," sharing the stage with music icons like Justin Bieber, Lady Gaga, and Adele amongst many others. This week 'Flames" charted at *34, Coli's highest charting to date.

"I'm humbled to see the overwhelming support we've received from all the very talented DJ's and remixers, as well as my amazing fans whom I aim to please every time I write and put out a new song…" said Coli.

The song "Flames," originally produced in Italy, features Coli's dynamic lyrics and edgy live instrumentation mixed with electronic elements. Now that it lives in the dance arena it has been remixed by some of the most recognized club DJ's and remixers such as Giuseppe D, C-Rod, Starshine, Cristian Pow, Ariel Santos, and more mixes continue to be submitted.

Fans can visit Alessandro Coli's website or social media pages to learn more and watch the music video to 'Flames' now available on iTunes and Amazon.

In 2010 Alessandro participated in Italy's talent competition Lo Canto, a large talent competition on one of Italy's most watched TV Channels. At just 12 years old, he captured the hearts of Italian audiences with his musical talent and charisma. After spending nearly a year in the studio, he released his first single in 2011, "Sento che," which was produced by renowned Italian musician Adriano Pennino. In just 10 days, the song topped the Italian radio charts and was a top-30 hit for over a month.

After the success obtained with his first single, 15-year-old Alessandro released his first digital EP, Senza Paura, which was distributed by Sony Music Entertainment Italy.

Now 18, Alessandro is poised to conquer the U.S. with his hit debut single "My Religion," which broke the Billboard Club Songs Chart in just three weeks hitting the #2 breakout spot. Alessandro's follow-up single, "Flames," is quickly climbing the charts with its infectious beat and the hot video's view count is quickly climbing. 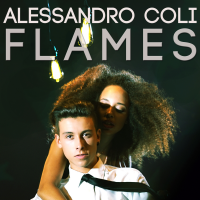 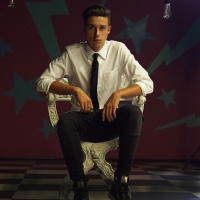