As the dark horse of the public chain in 2020, KPG Kunpeng public chain has been making global arrangements since the end of 2019. It is understood that it has reached strategic cooperation with ZB Capital, Crypto Vision, TsingTech Capital, Skylines Capital and other head investment institutions, with a total investment amount of tens of millions of CNY.

2. On February 9, the well-known cryptocurrency analysis organization ICO Analytics released a tweet with comparing web traffic dynamics of the most popular cryptocurrency trading platforms in February and March 2020, and it shows that ZB.com traffic growth is + 40%, obtaining the first increase in the four first-tier exchanges, with the total traffic ranking the world's ninth.

3. On April 13, ZB.com went online with the function of "One-click exchange USDT". Users can pay USD to buy PAX (stablecoin anchored to USD) on the official website of PAX, and then change to USDT on ZB.com, so as to achieve profits through arbitrage.

5. On April 17, CryptoDiffer, a well-known foreign market website, published a ranking on the growth rate of the market capitalization of exchange tokens, and the ZB token ranked the first with a 340% increase, ahead of other four first-tier exchanges.

2. At 8pm on April 13th, ZB.com's crypto influencer hot chat AMA was successfully launched. This AMA invited Patrick, director of KPG foundation, to discuss with Journey, business director of major customer of ZB.com, about the topic: after the investment of ZB Capital, Crypto Vision, TsingTech Capital, and Skylines Capital, KPG Kunpeng public chain, which locates the industrial blockchain, is on the way to break its deadlock for large-scale commercial use.

At the same time, this AMA synchronizes to the overseas ZB.com English community.

3. On April 13, 2020, ZB.com was officially granted a US MSB license. MSB, or Money Services Business, is a type of financial license issued by the financial crimes enforcement network (FinCEN), an agency under the U.S. Treasury Department .It mainly regulates businesses and companies related to money services, including digital currency and digital currency trading, ICO issuance, foreign fiats exchange, international remittance and so on. Previously, ZB.com also obtained a waiver from the Monetary Authority of Singapore (MAS) to operate digital payments. In the future, ZB.com will focus on localizing compliance operations in more countries around the world and integrating into local communities.

5. At 8pm on April 19th, the LTG AMA organized by ZB.com was successfully held. This AMA invited Kadi, operations director of LTG kyrgyzstan foundation, to share the history of hard disk mining of LTG, the first distributed storage public chain, in the ZB.com APP English community with dropping a number of LTG lucky envelopes.

About ZB Group
ZB Group was founded in 2012 with the goal of providing leadership to the blockchain development space and today manages a network that includes digital assets exchanges, wallets, capital ventures, research institutes, and media. The Group's flagship platform is ZB.com, the industry leading digital asset exchange. The platform launched in early 2013 and boasts one of the world's largest trading communities.

Industry intelligence and standards are headed by the recently launched ZB Nexus who embody the core values of ZB Group and open source their reports and analysis for the public.
Learn more about ZB Exchange by visiting www.zb.com 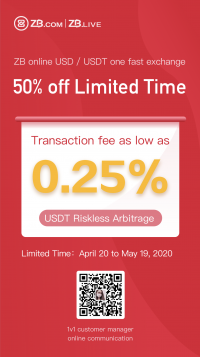