Though the 2020 Fiesta of San Fermín and the running of the bulls were cancelled this year due to COVID-19, we can still celebrate the international holiday and centuries-old tradition with Alicía Catalina Cortés in Andrew Avner's debut Latinx middle grade novel entitled TORO.

TORO is a pocket testimonial to the female protagonist's fight for equality and empowerment. It also represents and celebrates diverse experiences and identities.

"A charming and engaging fantasy with characters readers will love and a strong positive message." —Kirkus Reviews

"A highly appealing novel for youngsters that delivers important messages and themes in an entertaining and charming style." —Sublime Book Review

Alicía Catalina Cortés is a fast and fiery Spanish cow who desperately wants to run with the bulls in Pamplona—but since she's a cow, tradition forbids her to partake in the fiesta of San Fermín. Through her journey, Alicía learns that to be noble and brave, she must follow her dream and her heart, even if it means defying tradition.

TORO is set in the colorful backdrop of Pamplona, Spain during the fiesta of San Fermín and the running of the bulls, famed as one of the most exhilarating, dangerous, and spectacular events around the world. Ultimately, it's a heartfelt, coming-of-age fable told from the cattle's point of view. Like Charlotte's Web, The Jungle Book, and Fantastic Mr. Fox, anthropomorphic talking animals drive the narrative.

Black Rose Writing will release both the Kindle and paperback editions of this delightful Latinx novel via Amazon and all major booksellers on September 17, 2020; it is also available as an audiobook on Audible, Amazon, and Apple Books with spectacular narration by Brad Raider, extraordinary full-cast performances by George Spielvogel, Malili Dib, Leila Cohen, Yolanda Corrales, and author Andrew Avner, plus world-class post-production by Jacob Morgan.

Philadelphian Andrew Avner graduated with honors from New York University's Tisch School of the Arts with a Bachelor of Fine Arts in Film and Television. After working in Manhattan with Academy Award-winning producer David Brown, Avner relocated to Los Angeles to develop his own original material. He's currently writing and producing short films for The Walt Disney Company while penning his next novel.

About Black Rose Writing
Black Rose Writing is an independent publishing house that strongly believes in developing a personal relationship with their authors. The Texas-based publishing company, established in 2006, features books from an array of fiction, non-fiction, and children's book genres, all having one thing in common, an individual's originality and hard work. Black Rose Writing is a proud member of IBPA (Independent Book Publishers Association), a recognized ITW (International Thriller Writers) publisher, a member of Publishers Marketplace, and currently serving on the Ingram Publisher Advisory Board. 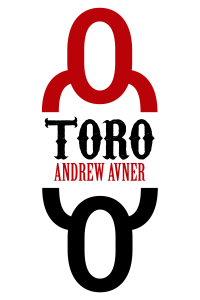 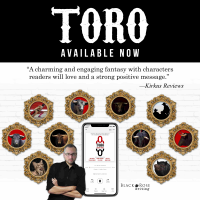