Black Software Inventor, Janet Emerson Bashen, Talks About Her Personal Platform to Create Societal Change as a Panelist at Dropbox

Janet Bashen and these other influential leaders have achieved professional success in their fields and use their platform to change the environment around them. Collectively, they will share insights on how to use your own personal platform to create change in society.

"Finding your own personal platform comes from engaging and understanding the issues you care about. Give as much as you can and then give again. Develop a personal strategy and look for people with your passion for the issues," says Ms. Bashen.

Dropbox can create a special folder on the user's computer, the contents of which are synchronized to Dropbox's servers and to other computers and devices where the user has installed Dropbox, keeping the same files up-to-date on all devices. Dropbox uses a freemium business model, where users are offered a free account with a set storage size, with paid subscriptions available that offer more capacity and additional features.

About Bashen Corporation
Bashen Corporation ("Bashen") was founded in 1994 and is a Human Resources consulting firm that works with employers of all sizes from various industries. Bashen services include EEO and harassment investigations, workplace training, and Diversity and Inclusion strategies. Clients also have 24-hour access to our patented case management and tracking software, Linkline. Acting as a neutral third party, Bashen has investigated over 60,000 claims. Our focus is building EEO initiatives and compliance programs to create a more inclusive work environment.

About Janet Emerson Bashen
With over 25 years' experience, Janet Emerson Bashen is an industry expert in Equal Employment Opportunity (EEO) and Diversity and Inclusion initiatives. In January 2006, Ms. Bashen was awarded a patent for her invention LinkLine®, a web-based application for EEO claims intake, tracking and case management.

In 2007, Ms. Bashen was inducted into the Black Inventors Hall of Fame for her patented software. In 2010, the prestigious MIT Robert R. Taylor Network recognized Ms. Bashen for her Patented Software, LinkLine®, at the World's Festival of Black Arts and Culture in Dakar, Senegal. In January 2013, Ebony Magazine named Ms. Bashen to its annual Ebony Power 100 List, featuring the most influential African-Americans in entertainment, politics, sports and business. In 2014, Ms. Bashen was selected to become a member of the Women's Leadership Board at Harvard University's Kennedy School. In February 2016, Black Enterprise featured Ms. Bashen and focused on her business achievements. 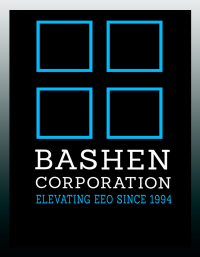