The settlement resolves allegations that defendants "made false statements and claims to the Department of Energy (DOE) by charging DOE for deficient nuclear quality materials, services, and testing that was provided at the Waste Treatment Plant (WTP) at DOE's Hanford Site near Richland, Washington."

In addition, the settlement "resolves allegations that Bechtel National Inc. and Bechtel Corp. improperly used federal contract funds to pay for a comprehensive, multi-year lobbying campaign of Congress and other federal officials for continued funding at the WTP."

The lawsuit, United States ex rel. Brunson, Busche, and Tamosaitis v. Bechtel National, In., Bechtel Corp., URS Corp., and URS Entergy & Construction, Inc., Case Number 2:13-CV-05013-EFS, was filed in the United States District Court for the Eastern District of Washington (Benton County). In resolving these allegations, there has been no determination of liability.

Mr. Brunson, Ms. Busche, and Dr. Tamosaitis worked on the WTP project, and in 2013, The Lambert Firm, PLC filed a lawsuit on their behalf under the qui tam, or whistleblower, provisions of the False Claims Act, which permits private parties, known as "Relators," to sue on behalf of the United States when they believe that a party has submitted false claims for government payment or property.

"I'm honored to represent whistleblowers like Mr. Brunson, Ms. Busche, and Dr. Tamosaitis — they are true champions of justice," said Hugh P. Lambert, name partner of The Lambert Firm, PLC. This sentiment was echoed by Emily C. Jeffcott, partner and managing attorney of The Lambert Firm, PLC's qui tam litigation department, "the courage and strength of Mr. Brunson, Ms. Busche, Dr. Tamosaitis and others similarly situated allows us to utilize the judicial system to effectuate positive change in government contracting."

The government partially intervened in the whistleblower lawsuit with the matter handled by the U.S. Department of Justice Civil Division's Commercial Litigation Branch, the U.S. Attorneys Office for the Eastern District of Washington, the DOE Office of the Inspector General, and the FBI. As noted in the press release issued by the Department of Justice:

"The environmental clean-up and restoration of the land that comprises the Hanford Nuclear Reservation is one of the single most important projects in this region," said U.S. Attorney Michael C. Ormsby of the Eastern District of Washington. "It is imperative that funds allocated for this project be used appropriately and judiciously – the public expects nothing less. This office and our DOJ and DOE counterparts take allegations of contractor abuse seriously and place a priority on investigating and pursuing enforcement when those allegations could impact the safety and security of our citizens."

At time of publication, the Relators percentage share of the settlement had not been awarded.

About The Lambert Firm
For more than 30 years, The Lambert Firm has forged a reputation for professional excellence and trial experience in all types of civil litigation. The whistleblower attorneys at The Lambert Firm have the resources and skills needed to help private citizens bring lawsuits under the False Claims Act against companies that defraud the government in even the most complex cases.

If you have information regarding a potential False Claims Act case, contact The Lambert Firm today at 800-521-1750 to get more information. 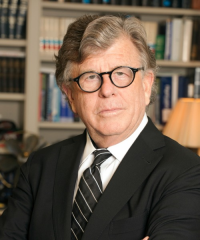 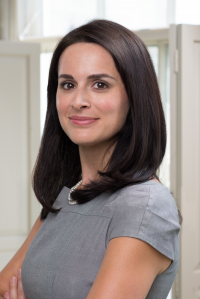