Customizable Children’s Sneakers Being Made Available to More than 1,000

Chicago, IL -- (ReleaseWire) -- 11/01/2017 --In support of the humanitarian crisis in Puerto Rico as a result of the devastation of Hurricane Maria, Bobbi-Toads, an exclusive line of customizable children's sneakers, today announced that the brand has shipped 1,050 pairs of shoes to Puerto Rican families in need.

The sneakers are being donated in partnership with the National Museum of Puerto Rican Culture (NMPRAC) headquartered in Chicago, devoted to the promotion, integration and advancement of Puerto Rican arts and culture, the sneakers will be delivered to families impacted by this natural disaster. On Wednesday, November 1 at a private event at the museum, Lin-Manuel Miranda, Broadway Composer/Lyricist/Alexander Hamilton of the hit Hamilton will join in these respective humanitarian efforts to highlight the needs of Puerto Rico and the impact of these related relief efforts in Chicago in the wake of Hurricane Maria.

"We founded Bobbi-Toads with a mission to give back in all that we do. With upwards of 3.4 million U.S. Citizens in Puerto Rico still dealing with the aftermath of Hurricane Maria, this is just one small way are helping to provide aid to the families who have affected," said Bob Stanley, Co-Founder and President of Bobbi-Toads. "If we can bring a smile to children in the face of devastation, we have accomplished much more than simply creating quality sneakers. We have left an impression for a lifetime and have hopefully inspired others to take action and lend a helping hand with the resources they have available."

"On behalf of The National Museum of Puerto Rican Arts and Culture, I would like to thank Bob Stanley and Bobbi-Toads for their generous donation and ongoing partnership. These sneakers will help lift the spirit of children who really need something to smile about," said Billy Ocasio, CEO of the museum.

Since its inception in 2012, Bobbi-Toads has dedicated the company to giving back to a variety of philanthropic causes and charities. Bobbi-Toads donates 30% of all of their proceeds from all of their sales to those in need including Our Lady of the Angels inner-city mission in Chicago as well as various children's oncology units throughout the country including Ann & Robert H. Lurie Children's Hospital of Chicago and Nicklaus Children's Hospital in Miami.

To learn more and to get involved, visit Bobbi-Toads.

About Bobbi-Toads
Founded and launched in 2012, Bobbi-Toads is the first-ever line of paintable and light-up toed sneakers designed to inspire and spark children's creativity. Each sneaker can be customized with exclusive Bobbi-Polish and Bobbi-Stickers and are eco and animal friendly. 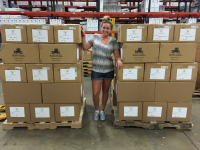 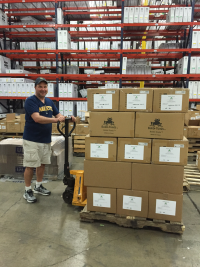