Chicago, IL -- (ReleaseWire) -- 08/27/2018 --Bobbi-Toads, an exclusive line of customizable children's sneakers, announced today the brand's newest line of accessories, Bobbi-Dobbiez, 2" plush accessories in time for the back-to-school season. Bobbi-Dobbiez features a patent-pending slip, clip, and go™ velcro strap on the back of four different styles of colorful, trendy, and unique characters that easily attach and detach for use on shoes, backpacks, belt loops, necklaces, hair ties, school gear, and more.

Bobbi-Dobbiez were named after Bobbi, the first part of the company's brand name Bobbi-Toads, and Dobbiez which rhymes. The term "Dobbiez" signifies something small and fun. Bobbi-Dobbiez are available in four styles for both boys and girls. These styles include:

PolliPop the Panda
Sprinklez the Unicorn
Dobi the Dinosaur; and
Rockie the Soccer Ball

"As our brand is dedicated to inspiring creativity in kids of all ages and encouraging self-expression, we wanted to create a new line of accessories that kids of all ages could sport wherever they go," said Jacquelynn Rae Stanley, Co-Founder and Designer of Bobbi-Toads. "We saw a unique need in the marketplace, similar to what the "pom-pom" craze inspired on women's handbags and backpacks. Why not let kids also express themselves in a fun and educational way? Because Bobbi-Dobbiez are so easy to attach and detach, people of all ages can really have a lot of fun with these. We can't wait to see what people come up with!"

Each of the four Bobbi-Dobbiez also features their own individual story to prompt imagination and creativity for kids of all ages. Bobbi-Dobbiez are now available exclusively starting today on www.bobbitoads.com and Amazon and Amazon Prime for $7.99.

About Bobbi-Toads
Founded and launched in 2012, Bobbi-Toads is the first-ever line of paintable and light-up toed sneakers designed to inspire and spark children's creativity. Each sneaker can be customized with exclusive Bobbi-Polish and Bobbi-Stickers and are eco and animal-friendly.

Bobbi-Toads has dedicated the company to giving back to a variety of philanthropic causes and charities. Bobbi-Toads donates 30% of all of their proceeds from all of their sales to those in need including Our Lady of the Angels inner-city mission in Chicago as well as various children's oncology units throughout the country including Ann & Robert H. Lurie Children's Hospital of Chicago and Nicklaus Children's Hospital in Miami. 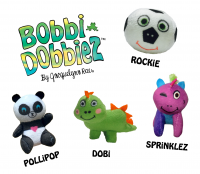 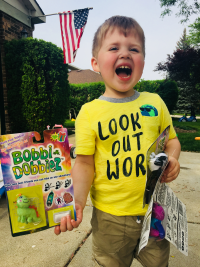 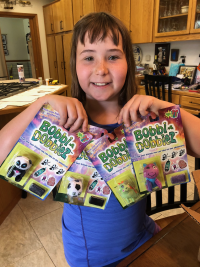 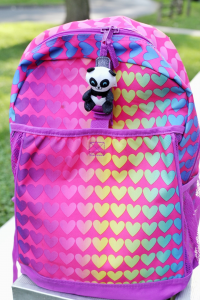 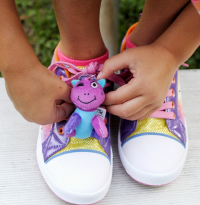