2Leaf Press publishes the long-awaited historically and socially relevant poetry collection, "Hey Yo! Yo Soy! 40 Years of Nuyorican Street Poetry, A Bilingual Edition" translated from the English to the Spanish for a U.S. and Pan-Latino market.

New York, NY -- (ReleaseWire) -- 11/05/2012 --2Leaf Press publishes its first book, "Hey Yo! Yo Soy! 40 Years of Nuyorican Street Poetry, A Bilingual Edition" by renowned Nuyorican poet Jesús Papoleto Meléndez. It is one of the few books published in the U.S. that has been written in English and then translated into Spanish for a simultaneous release in both the U.S. and Pan-Latino markets.

A compilation of three previously published books, "Casting Long Shadows" (1970), "Have You Seen Liberation" (1971), and "Street Poetry & Other Poems" (1972), “Hey Yo! Yo Soy! is a 386-page collection that consists of 60 poems about growing up Puerto Rican in New York City’s El Barrio. Meléndez has long been considered one of the founders of the Nuyorican Movement and the political, intellectual and linguistic topics he approaches in his work remain extremely relevant to this day. This historical collection is available for sale on Amazon.com and other online outlets.

A bilingual edition of Melendez’ poetic achievements has never before been published and was made possible by 2Leaf Press, an imprint of the Intercultural Alliance and Artists & Scholars, Inc. (IAAS), a New York-based nonprofit organization that promotes multicultural literature and literacy that publishes the quarterly publication, “phati’tude Literary Magazine.”

Gabrielle David, Executive Director of the IAAS, felt it essential that such an influential Nuyorican poet be published in both English and Spanish, thereby allowing the work to reach an even wider audience. “What makes this collection both historical and unique is not only the content of the work,” explains David, also an editor of the collection, “it is, to my knowledge, the first time that a Nuyorican writer whose native language is English, has translated and published a bilingual edition for both an American and Pan-Latino market.”

Translated by Adam Wier, Carolina Fung Feng, and Marjorie González, the Spanish translations, which appear alongside the English, have been superbly rendered and readable for s Spanish-speaking market in Europe, Latin American and beyond. The collection includes a forward by Samuel Diaz and Carmen M. Pietri-Diaz, a commentary about the translation process by Wier, an introduction by Sandy Maria Esteves, an afterword by Jaime “Shaggy” Flores, and an exclusive interview of Meléndez, also fully translated. This material, both Melendez’ original work and the new translations and critical work, has been brought together for the first time by editors David and Kevin E. Tobar Pesántez.

"Hey Yo! Yo Soy!" chronicles the evolution of Meléndez’ relationship with his community, and his political and social awakening as a poet, writer and activist. Born and raised in New York City from parents who migrated from Puerto Rico, Meléndez notes, “Back then, it was a different experience being a Puerto Rican in New York City. The sense of not belonging to Puerto Rico and not belonging in the United States is something everyone was going through. Writing gave me a chance to prove that I was a human being and in doing so, I became part of a movement that connected me to my heritage.” It is this social commitment and activism that serves as the defining characteristic of the Nuyorican Movement and is evident in "Hey Yo! Yo Soy!"

From the profound to the poignant to the comedic, Jesús Papoleto Meléndez provides an important, historical look at a pivotal period in American society. "Hey Yo! Yo Soy! 40 Years of Nuyorican Street Poetry, A Bilingual Edition" is a collection to be devoured as a single sustained narrative, from the first page to the last; a worthy addition in anyone’s library.

About 2Leaf Press
2Leaf Press is an imprint of the Intercultural Alliance of Artists & Scholars, Inc. (IAAS), a New York-based 501(c)(3) nonprofit organization that promotes multicultural literature and literacy. (wwww.theiaas.org) 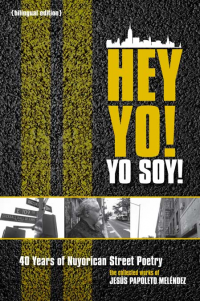 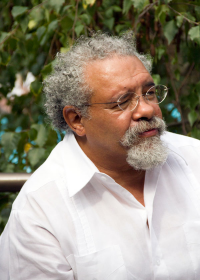