Walpole, MA -- (ReleaseWire) -- 09/26/2013 --The Glenna Kohl Fund for Hope announced today that the organization will host its Second Annual “Piggy Puck Legends Classic” charity hockey game on Saturday, October 26th at the Iorio Arena in Walpole, MA. Over 500 spectators from surrounding communities will gather to watch the Boston Bruins’ Legends face-off against a select under 18 elite draft team comprised of top players from eight Norfolk County area high schools and affiliated with Need to Lead, a local non profit youth leadership organization. Leading up to the event, members of the public will have a chance to bid for a spot to play alongside the Bruins’ Legends. This year’s Legends roster will include, Kenny Hodge, Reggie Lemelin, Don Marcotte and Tim Sweeney.

Event proceeds will benefit the Melanoma Program at the MGH Cancer Center and other melanoma awareness initiatives on behalf of the Glenna Kohl Fund for Hope, a 501C3 organization based in Barnstable, MA, whose mission is to raise awareness and find a cure for melanoma - the most dangerous form of skin cancer.

“We are so excited to partner with Need to Lead and take the Piggy Puck Legends Classic to Walpole this year,” said Colleen Kohl, Founder of the Glenna Kohl Fund for Hope. “Massachusetts Bruins fans will have the opportunity to watch some of the greatest hockey players of our time take on rising young leaders and remarkable hockey players - all while raising awareness for a cause that is all too familiar within our community.”

Melanoma is the fastest growing cancer among young adults and the most deadly form of skin cancer due to its tendency to spread rapidly to other areas of the body. Unlike many cancers, melanoma often can be identified on the skin, making it easier to detect – and successfully treat - in its early stages. The mission of the Glenna Kohl Fund for Hope is to carry on Glenna’s work to bring awareness to everyone about the dangers of melanoma and the importance of early detection and prevention of this deadly disease.

"Need to Lead is proud to join such a great cause and truly appreciate the opportunity they have been given to become part of this event", said Rob Reilly, Founder and Executive Director of Need To Lead. “Our players are looking forward to taking the ice along with the Bruins Legends for what should be a great experience for each and every one of them!”

The organization is engaging all neighboring high schools leading up to the event with a goal to educate students on the dangers of sun damage to their skin and the importance of regular skin screenings - particularly as many turn to indoor tanning beds to maintain their summer tan.

The Piggy Puck Legends Classic will take place on Saturday, October 26th at 5:30 PM at Iorio Arena in Walpole, MA. There will be raffles, a “Chuck a Puck” half time contest, and an after party at Mick Morgan’s just around the corner. To beat the crowd, purchase your tickets online ($15 adult/$5 under 12). 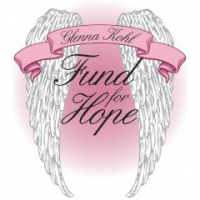