Bristl Science began its campaign on Kickstarter on Monday, March 26th at 9am (PST).

The combination of the following features, convenience, and style make for true market disruption.

Visible Red light (620–750 nm in wavelength) has been clinically proven to heal gum tissue and prevent inflammation. The same technology is often used in skincare; Bristl is bringing it to the everyday tooth brushing routine.

Visible blue light (450–495 nm in wavelength) has been clinically proven to kill and prevent oral bacteria that causes gingivitis and other gum disease. This safe and natural blue light is proven to be effective, and Bristl is proud to bring it to market.

Get Rid of Plaque

Bristl has three sonic vibration modes: regular, gentle, and off. Sonic vibration is recommended by dentists as it has the highest cleaning ability without damaging gums. The brush head is also particularly designed to reach in crack and crevices while letting light pass through the bristles.

According to a study published in the Journal of Periodontology and Implant Science (Vol. 44: pp. 280-287), Bristl's technology (even with only red light) was effective in achieving the following:

About Bristl Science
The Bristl Science team consists of a group of innovators and scientists looking to use advanced technology to improve everyday lives. While they, of course, wish to build a successful business, they are doing so responsibly; Bristl has committed to donating a percentage of every sale to America's Toothfairy to provide underserved children with dental care. Whether a customer or an underserved child, they're on a mission to maximize oral health everywhere. This is just the beginning. The Bristl Science team is committed to work tirelessly to innovate and build products that improve lives, maximize health, and promote good. The Bristl light therapy toothbrush is just the first step toward a healthier future.

If you have any questions at all, feel free to call or write an email to the following address. 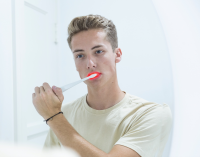 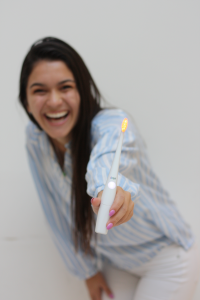