Framingham, MA -- (ReleaseWire) -- 07/08/2013 --Michael Jacobs Vocal Studio is bringing Broadway professionals to teach the 6 week musical theater workshop, NYCinMA, being held in Framingham, MA this summer. The full workshop is limited to 16 participants of all ages who auditioned for the intensive program. NYCinMA is offering a series of workshops, lectures and dance classes taught by these NYC theater professionals that are available to the public.

The $100, 2-3 hour workshops are limited to 12 participants, with additional slots available to watch the classes for $50. Those participating will have the opportunity to be coached by these professionals on a song selection. Ballet, Jazz and Tap classes as well as one hour lectures are open to the public at $25 per class. In order to secure a slot, please email NYCinMA@gmail.com.

The workshop details are as follows:

7/26/13, 4:00 PM-6:00 PM: Craig Holzberg of Avalon Artists Group- Avalon Artists Group is a full service agency representing actors of all ages for film, television, theater, hosting, print, on-camera commercials, industrials and voiceovers in Los Angeles and New York. Many of our clients appear in film, television, national network commercials, as well as both on and off Broadway, in national tours, and various regional productions.

8/6/13, 4:00 PM-6:00 PM: Jamibeth Margolis, CSA- Jamibeth Margolis is now entering her 15th year as a professional casting director in New York. She was with Johnson-Liff Casting, Cameron Mackintosh, and Margolis-Seay Casting and is now out on her own as a freelance casting director. Previous credits include the Broadway and National Touring Companies of LES MISERABLES, THE PHANTOM OF THE OPERA, MISS SAIGON, and CATS as well as many others. Currently, Jamibeth is casting for many new plays and musicals in development for commercial productions.

8/13/13, 4:00 PM-7:00 PM: Randy Donaldson- Randy is a Tony Award-nominated producer and performer based in New York. Current projects: The Scottsboro Boys, The Pee-wee Herman Show (Broadway), Falling for Eve (York Theater). As a performer Randy has appeared in 11 Broadway/ National tours including: Annie Get Your Gun starring Bernadette Peters and Tom Wopat, Wonderful Town,Disney's The Lion King, Grand Hotel and A Chorus Line. 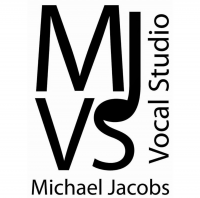 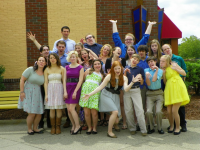