BugsGear Launches a Bigger Version of Their Popular Aquelele

Smart Crowdfunding is slated to carry out strategic marketing initiatives for the ‘BugsGear’ crowdfunding project on Indiegogo. This campaign is fundraising to bring a concert sized version of the company’s popular Aquelele to market.

Incheon, KR -- (ReleaseWire) -- 11/24/2014 --Philip K., the founder of BugsGear, has launched a crowdfunding campaign on Indiegogo in order to introduce his newest musical creation to the public. This campaign has a funding goal of $15,000, which needs to be raised by December 28th in order to bring a concert sized version of his highly popular “Aquelele” to market. The Aquelele is a plastic, waterproof, and virtually indestructible plastic ukulele. The name was derived from the combination of “aqua” and “ukulele”. Unlike other plastic ukuleles on the market, the Aquelele offers superior sound quality comparable to high-end professional wooden ukuleles. This is because the designer based the Aquelele design on his extensive knowledge of acoustics and musical-sound resonance.

BugsGear initially unveiled their brand new musical instrument in September 2014, when an outdoor recreation dealer from Portland displayed their plastic ukuleles at an outdoor exhibition in Utah, where they sold over 100 Aqueleles within the first 24 hours. The popularity of the instrument skyrocketed which is why the company has chosen to unveil a larger version. The Aquelele is available in several colors, and can even be personalized with a photo or artwork. It has been named the "Best ukulele for Children" from the biggest online instrument store in the U.K., and is great for musical enthusiasts as well as children. This instrument is actually just the beginning, and the creator hopes to expand his line of instruments in the future because of his great love for music.

Philip K., the inventor of the Aquelele, has been hard at work making sure his ukulele is the best plastic version on the market. He uses his musical passion to study instruments, stating “I like guitar and ukulele's sound design for it's interesting to find out the best way to produce outstanding sound quality and resonance according to an instrument's body shape.” BugsGear is officially ready to begin mass production of their newest version of Aquelele which is why they have chosen to reach out to the public via their Indiegogo campaign. Supporters of the campaign have an opportunity to pre-order Aquelele at a reduced cost, and the company is offering several perks as an added bonus to all of their campaign supporters. The company is expecting to release the Aquelele in December 2014, which would make it a perfect Christmas gift for children and musical enthusiasts.

Full details can be found on the Aquelele campaign page

About BugsGear
BugsGear was founded in 2004 by musical enthusiast and inventor Philip K. He named his brand BugsGear because he noted that many bugs are capable of making very loud, and often musical sounds, due to the fact that their body shape offers perfect resonance. BugsGear currently manufactures the Aquelele, but plans on extending their musical instrument line in the future.

To learn more about the BugsGear crowdfunding project Click Here

To contact via email write to Philip K. at: philip@eleuke.com 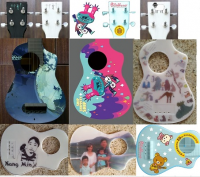 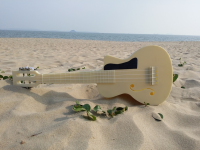