Children, and teenagers all over the world, have been suffering from a terrible pandemic, since the beginning of time, without adults really noticing, problem is that this virus has long-term brain, and hormone effects.

"Katie Hurley, LCSW Says; With immediate and proper mental health treatment and support systems in place, victims can stave off some of the potential long-term consequences of bullying. Without intervention, however, kids are at risk for the following:

Everybody can think of the brain, has three areas, PLUS one stresshormone that we must decrease, these three areas are the Supramarginal Gyrus, the center of our compassion, the prefrontal cortex, our logic, especially our Infralimbic cortex, and the amygdala area, our fear-center.

Problem is that our fearcenter, and our drive center sometimes controls our whole being, creating excess stresshormone, and selfishness, you may have seen it in other people's children, or even your own.

"A research team headed by Tania Singer from the Max Planck Institute for Human Cognitive and Brain Sciences has discovered that our own feelings can distort our capacity for empathy. This emotionally driven egocentricity is recognised and corrected by the brain. When, however, the right supramarginal gyrus doesn't function properly or when we have to make particularly quick decisions, our empathy is severely limited"

Bullying in schools, comes from the assumption of competition, in educational centers, creating fear, or too much drive, building hierachies, cliques, and powerplays, destroying many children's lives, the children that become infected with the fear virus."

Many people are looking for a vaccine, against the fear virus, and we have it, in our hands now, or rather in our Supramarginal Gyrus, where our compassion towards other people live.

This vaccine must come from parents, and other grownups, bringing children into, and up in the world. There is an amazing lack of usage of the vaccine, against life destroying PTSD, in children growing up fearfull, and incomplete.

The antibodies against the fear virus, through the vaccine, could get into enough hands, hands of important grownups, to really make a difference.

This child health, and later grownup pandemic, is cruel, since many people do not get their important exam papers, and end up in a lonely, fearfull, sad existance.

About https://www.antibulli.org
We are a danish company, from Odense, spreading the amazing Anti-Bullying message. We are placed, in the middle of Scandinavia. We deal with The Neurobiological Understanding Of Bullying Injuries, Neuroleadership Exercises, To Heal Bullying Injuries, and we are using Kim Johannesen's story of life after 6 years of bullying, to market the video courses, we sell. Our main goal is to show, a scientific way to heal bullying injuries, and share a personal bullying story, so that parents, seriously help children, and teenagers, avoid, or deal with bullying. 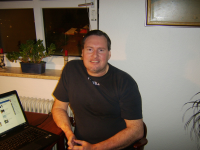