“Buy It or Burn It” is a weekly show where host John Rael sits down with fresh, young stand-up comics from around LA and wisecracks on selections from his DVD collection, then offers those DVDs for sale to the audience. If the audience doesn’t buy them off eBay by the next episode, John sets those DVDs on fire.

Hollywood, CA -- (ReleaseWire) -- 10/11/2018 --"Buy It or Burn It" is a weekly show where host, John Rael, banters and jokes about selections from his DVD collection with a rotating group of young stand-up comics from around Los Angeles. Any DVDs riffed on for that episode will be offered to the audience for sale over eBay. Any DVDs that aren't sold will be burnt to a crisp by John in the next episode. Alternatively, an audience member can buy a DVD, burn or otherwise destroy it themselves, record a video of the destruction, and send it to Buy it or Burn It where it will be featured on the next episode. The show will run for nearly 40 episodes for its first season and will feature over 200 DVDs. A sizzle reel for the show can be found at https://www.youtube.com/watch?v=oq3LgHtwB9I

"I think this might be the first show where items for sale are being publicly held hostage," jokes John Rael, the host of Buy It or Burn It. "If I want to watch a movie, I get it on Netflix. Everything has gone streaming. Buy It or Burn It is a way to say goodbye to my worthless DVD collection while having fun and getting laughs with some great comedians."

Upcoming episodes of Buy It or Burn It will include a diverse, talented, and hilarious rotating group of co-host comedians who have performed at comedy clubs and sketch shows around Los Angeles, including The Comedy Store, Second City, Laugh Factory, The Improv, and The Lab. The co-hosts include Kelsey Lane, Izzy Salhani, Lish Bliss, Leah Morningstar, Ray Anderson, Quincy Johnson II, Pallavi Gunalan, William L. Toussaint, and Kat Dekari. The title music for the show was created by composer Anthony Shea, whose work has been featured on Showtime's Shameless.

Buy It or Burn It will be featured on host John Rael's SkepticallyPwnd Channel. To learn more and watch episodes, visit skepticallypwnd.com.

About the Buy It or Burn It Team
Buy It or Burn It is the brainchild of its host, John Rael – whose love of film and indifference to his DVD collection helped to inspire this project. Rael is the founder and "lead kicker" of the channel SkepticallyPwnd.com. He also acts as head videographer and editor for Dr. Randy Olson at Raleigh Studios (scienceneedsstory.com) and produces videos for Michael Shermer (skeptic.com).

About SkepticallyPwnd
John Rael's channel, SkepticallyPwnd, is a comedy outlet for the skeptic and science community through sketch comedy videos, takedown and analysis videos, and reviews of skeptic events and TV shows, all with a healthy dose of humor.

To learn more and watch past episodes of SkepticallyPwnd, visit the site at skepticallypwnd.com/videos

For questions about the podcast, please email at john@skepticallypwnd.co 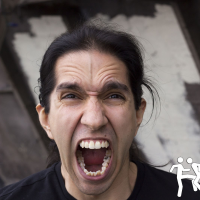 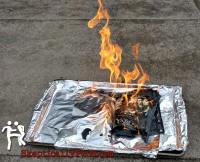