Crowdfunding campaigns seeking a promotional boost have been turning to Buzztilt seeking their creative expertise and media savvy approach to help their projects get featured in the media.

Crowdfunding campaigns seeking a promotional boost have been turning to Buzztilt seeking their creative expertise and media savvy approach to help their projects get featured in the media. With increased competition for attention as new and innovative projects are submitted every day to global crowdfunding platforms like Kickstarter and Indiegogo, it has become imperative for crowdfunding campaigns to take a proactive approach in promoting their project.

"Our team comes from a creative background and that allows us to take a design oriented approach to the way we tell the stories of campaigns," says Mark Winters, Director of Media at Buzztilt™, "PR has always been more of an art than science, and we've been extremely effective getting crowdfunding campaigns placed in top media outlets and influential blogs by taking this creative storytelling-first approach."

Buzztilt is a full stack crowdfunding PR firm that takes a multi-tiered approach to helping campaigns secure media coverage. They first take a creative whiteboard approach to get at the core of the project's story while discovering what aspect of the campaign is a message that will stick in the media. After writing the press release, the agency then distributes it to all major media outlets across the country while targeting for industry and category to ensure the best placement. After that's complete, the company then gets to pitching directly to influential media reporters, outlets, and bloggers directly.

"There are so many different elements in play that ensure a crowdfunding campaign is successfully funded and PR is simply one part of that," adds Winters, "But when done right, there is no more effective strategy to crowdfunding promotion than having a solid PR strategy to attract the attention of the media and press."

Buzztilt has quickly become one of the top crowdfunding agencies in the industry with their creative and client-first approach. The company has worked with publicly traded companies, fast growing startups, creative artists, entrepreneurs, and inventors to help bring their projects to life.

About Buzztilt
Buzztilt™ is the Leading Global Crowdfunding PR and Marketing Agency for Crowdfunding Promotion ensuring  crowdfunding campaigns are seen by over 5000 reporters from every major publication. With years of Public Relations and Marketing experience and connections in the industry while working with some of the largest consumer brands in the world, no other crowdfunding PR firm can match their expertise or reach. Promote your Kickstarter and Indiegogo campaign with the best. 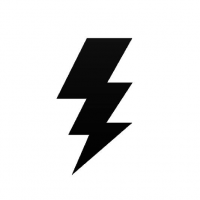 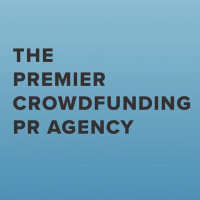 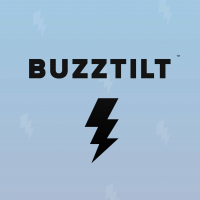