San Francisco, CA -- (ReleaseWire) -- 03/30/2016 --C PURE, the sleek and hygienic friendly VR Viewer from VR Oxygen that allows users to fully immerse themselves in Virtual Reality, is now live on Kickstarter and raising funds to bring the project to life.

In a crowded field of VR Viewers, C PURE stands out for it's white, sleek, and minimalist design. Created from a special cardboard with a coating against grease that may appear from the forehead or fingers, C PURE provides as much in form as it does in function. With C PURE, users can instantly travel to places and worlds of their imagination from wherever they are through the power of VR.

"C PURE is a Virtual Reality Viewer that has been meticulously designed and aesthetically considered to stand the test of many uses, and also look presentable on a bookshelf or desk," says founder and CEO Olga Ivanova, "The "C" stands for Cardboard which is the material of choice for our viewer, and it has a sleek white finish that should feel great in your hands."

C Pure works with most iOS and Android smartphones on the market today measuring 3.5" to 6" in length. It contains an enhanced nose piece that is soft to the touch, and also functions as a grease protectant. The phone is then held secure with the micro suction tape. C Pure is a clean and elegant VR viewer that contains no wires or extensive setup; users simply need to insert their smartphones to get started.

The C PURE's grease-repelling, hygienic-friendly design lends itself especially well to corporate demos, presentations, and conferences were multiple users can expect to use the viewer. It is the perfect way for users to introduce their friends, family, coworkers, and clients to VR for the first time.

"Lately we've been asked many times how and where to get an inexpensive model VR headset they've heard it's – made of cardboard. As well as people who already own cardboard VR viewers shared they wish to have a choice of stylish ones, that don't stain, what would make it easier and more comfortable to share their viewer with friends or show their app to a potential client, being more confident and successful," adds Ivanova.

VR allows users to literally transport users to the places of their desire that can be enjoyed right from their seat. C Pure is hoping to be the definitive cardboard VR Viewer that users reach for and share every time.

About VR Oxygen
VR Oxygen is a virtual reality games and applications company that is focused on design and experience. Company's goal is to make enjoyable games for people that are pleasant and visually appealing. VR Oxygen is also concentrated on creating satisfying and secure commerce experience using the latest in secure Blockchain and SAFE Network technology to protect people's money in the virtual worlds. 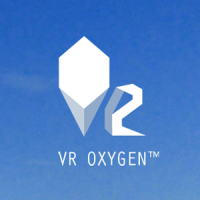 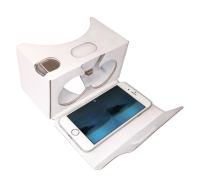 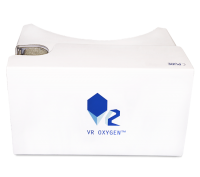