Pittsburgh, PA -- (ReleaseWire) -- 06/15/2016 --Calamityware, the wacky porcelain dinnerware with a spin, is back on Kickstarter and raising funds to bring their 10th product line to life which introduces a Sasquatch running through paradise.

Designed by Artist Don Moyer, Calamityware is a line of museum quality dinner plates with a twist. For Calamityware Series 3, this latest edition features the added zest of a jogging Sasquatch.

"Too many dinner plates have been too boring for too long. I love to draw and the drawings I like best make me laugh. A Sasquatch jogging through paradise (and some other surprises) add thrills to a traditional porcelain dinner plate," says Moyer, "Producing these plates at one of Europe's oldest and finest workshops makes the joke even better."

The jogging Sasquatch is one of a series of 4 calamitous designs that will be Kickstarter projects in 2014. Backers of the project will receive porcelain dinner plates that are sturdy enough to use every day. Food safe, microwave safe, and dishwasher safe. Or customers can hang them on the walls as evidence of their refined good taste and wry sense of humor. Like the previous Calamityware™ dinner plates, these Bigfoot-infested plates will be produced at the award-winning Kristoff workshop in Poland using the in-glaze technique. Final production will feature white porcelain with a rich blue image—destined to become treasured family heirlooms.

In-glaze plates are fired at extra-high temperatures to allow the image to melt slightly into the surface of the plate. Connoisseurs will appreciate the beauty of the in-glaze technique which the artists at Kristoff have been refining since 1831. This is the look of porcelain seen in museums.

This plate design is the second in a series of four. Each of these designs will be a Kickstarter project in 2016. The Series includes 1) Too Many Frogs, 2) Jogging Sasquatch, 3) Zombie Poodles, and 4) Pterodactyl. The designs of the plate borders and central image of each Calamityware plate are all different.

"I'm convinced that food tastes a little better on a whimsical plate. The world will be a better place when there are more products that were simultaneously beautiful, utter functional, and funny," adds Moyer.

The Jogging Sasquatch Calamityware Dinner Plate #10 is currently live and available to support on Kickstarter:
http://kck.st/1U9qkGV

About Calamityware
Don Moyer is a retired graphic designer with the freedom to draw every day. When one of his drawings could make a beautiful, useful, and funny product, he uses crowdfunding to rally sponsors for a production run. So far, Don has 19 successful Kickstarter projects and has raised more than a million dollars. A lot of homes are funnier now than when he started his first Kickstarter project in late 2013. Don has a long, bucket list of whimsical Kickstarter projects he wants to realize before he's thrown off the train of life by the burly conductor of fate. Left-over products from Don's Kickstarter projects are available at 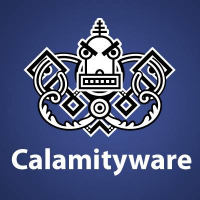 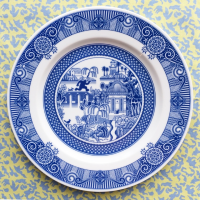 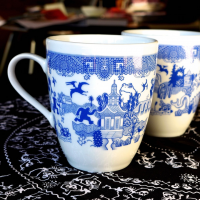 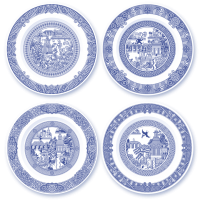