Boldly going where no band has gone before, and celebrating 27 years of FUNK around the world, LMT Connection announces the release date of their anticipated 7th album entitled "FUNK IS THE FINAL FRONTIER". The CD/DVD will be available December 9th on iTunes & December 14th at their album release party.

The first single "Curtis" highlights the true mastery of their craft and for them funk is truly the final frontier; the expedition progresses unabated, and the borders continue to be explored and re-drawn. With the release of "FUNK IS THE FINAL FRONTIER", LMT Connection is also including a DVD documenting the recording journey of the making of the album at the critically acclaimed Avatar Studios (formally Power Station) in NYC.

About LMT Connection
LMT Connection was founded by popular Canadian drummer Mark Rogers, respected Bassist John Irvine, and R&B/Soul Music legend Leroy Emmanuel. Emmanuel was born in Atlanta and raised in Detroit, and the singer/guitarist was not only an active member of Motown's thriving music community at its height, recording & performing with Marvin Gaye, Bohannon, and Bettye Lavette, but an influential artist in his own right, earning a significant cult following with his group The Fabulous Counts (Westbound Records). Other LMT outstanding members include and New Jersey-based horn section Chop Horns who have an impressive touring resume of their own (Alicia Keys, The Police, The Rolling Stones, and George Clinton). In 2005, Chop Horns joined LMT Connection for a month-long tour of Europe, as well as adding the gifted Joel Parisien on Keys/B3/Vocals to the mix. Rogers and Parisien would go on to form a highly successful side Gospel-Soul project called Newworldson, garnering a record deal with Inpop/EMI and four Juno© Award nominations (Canadian equivalent to a Grammy©).

On December 14, 2016 LMT Connection will be launching the CD/DVD at the legendary Orbit Room 580 College St.in Toronto at 10 P.M., where they have held an impressive 18 year residency on Wednesday nights. For 2017 the band will be touring China for the 5th time, Japan, and the NAMM Festival in California starting in January.

"Funk is the Final Frontier" will be marketed & distributed by Impression Records.
www.LMTConnection.com 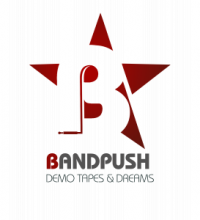