Philadelphia Auto Show at the PA Convention Center; Gary Barbera and His Barbera Cares Programs in DUB section featuring Carson Wentz’s Wheels for a Cause.

Philadelphia, PA -- (ReleaseWire) -- 02/10/2020 --Modernizing Smart Recycling Applications and Infrastructure
While visiting the Philadelphia Auto Show at the Pennsylvania Convention Center be sure to discard your trash and recyclables into the BarberaCares Solar Powered Recycling Kiosks located directly on all corners of the PA Convention Center on Arch Street, Broad Street, Race Street, 13th Street Philadelphia.

Barbera Cares Programs strategically chose the locations WHERE THE PEOPLE ARE for their Solar-Powered Recycling Kiosks to efficiently maximize their use for litter disposal and cleanliness and optimization of visual appeals for charitable support and Don't Text and Drive PSA's in densely populated areas. Choosing locations on the Avenue of the Arts near the Kimmel Center which welcomes thousands of visitors annually, City Hall Courtyard where our city representatives and other city employees sit outside during breaks, and many other locations on South, Chestnut, Walnut Streets and Penn Square as well as Rittenhouse Square and the Pennsylvania Convention Center. Gary Barbera and His BarberaCares Programs are working to bring these state of the art "trash" cans to underserved areas of the city as well.

For information about the Philadelphia International Auto Show at the PA Convention Center
www.phillyautoshow.com

As clients of BeMarketing, Gary Barbera's on the Boulevard and its affiliates / brands provide submissions to vendor for verification and publication. The content of the material provided is for informational and entertainment purposes only. Any third party links are for reader's convenience and not an endorsement. No commitment has been suggested to update content at any time. Not responsible for errors or omissions. 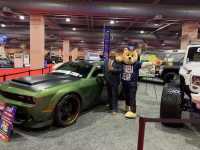 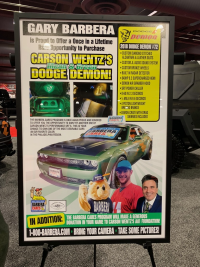 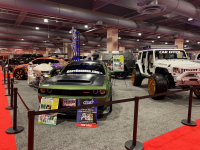