Caving experts are preparing to dive a 600m unexplored river passage of Son Doong Cave with the hope of finding a connection between it and a nearby river cave, clearly making this much bigger than its current title of world’s largest cave.

Quang Binh Province, Vietnam -- (ReleaseWire) -- 10/16/2018 --Oxalis Adventure Tours and members of the British Cave Research Association are preparing an expedition to explore an underwater passage discovered in Son Doong Cave. It is expected that this smaller passage will connect to nearby Thung Cave, which was explored back in 1994, and which also has a great river running through the cave.

They have invited four of the best cave divers in the world, Rick Stanton, John Volanthen, Jason Mallinson and Chris Jewell, who were all critical players in the cave rescue operation of the young boys in Thailand this past July 2018. This diving team will also be joined by local caving expert Martin Holroyd, who is currently a safety guide on the current Son Doong Cave tourist expeditions, organized by Oxalis Adventure Tours.

Howard Limbert, a member of the British Cave Research Association, and Technical Director with Oxalis Adventure Tours, said about the caves, "When we discovered Son Doong Cave in 2009 and completed its survey in 2010, we realised that the final end of the river in the cave was just 600m in a straight line from the end of Thung Cave."

The team spent the past eight years thinking about different methods to determine where this passage leads, but it was decided that only with a dive could they truly explore and map this section of the cave. A physical connection is the best way to prove these two caves are one. The date of the dive has now been confirmed for early April 2019, when river conditions are expected to be ideal.

Limbert commented on the difficulty of the dive, "It will not be easy as it is a big river in a relatively small passage and hence the current will be strong."

In addition to the cave diving team, a number of support crew will join the trek, including 10 local porters, who will assist in carrying additional oxygen tanks, a compressor, and all equipment necessary to establish a mini-base camp inside Son Doong Cave. These local porters are all well trained having worked alongside with the BCRA team over the past 10-15 years exploring caves in the region.

Limbert finished, "Being the best divers in the world we really think they can be successful in joining these two caves hence making Son Doong Cave even bigger than before."

Participants of the expedition are all caving enthusiasts who respect and admire these underground marvels of nature. Strict guidelines will be followed to ensure the ecosystem of the cave is maintained and formations are not damaged in any way.

Oxalis is seeking partners to assist with this research expedition, particularly media partners who are interested in documenting this incredible discovery, and what may exist within this underwater passage between Son Doong Cave and Thung Cave.

Oxalis offer adventure seekers the chance to visit Son Doong Cave with trips departing January through to August 2019, led by a team of local guides, safety experts and members of the British Cave Research Association.

For more information about the cave and Son Doong Tour visit http://oxalis.com.vn/tour/son-doong-cave-expedition-4d3n/ and http://www.oxalis.com.vn.

About Oxalis Adventure Tours
Oxalis Adventure Tours is a local tour company in Vietnam operating one-of-a-kind tours that are incomparable to anything else in the world. They strive to provide a unique experience for those seeking to explore remote jungles, wild river caves, and quench their thirst for adventure whilst in Vietnam. 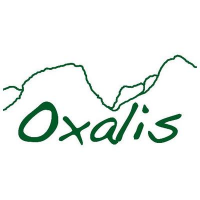 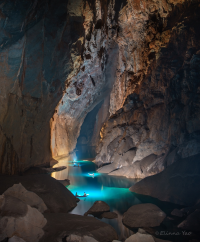