San Jose, CA -- (ReleaseWire) -- 07/10/2019 --We are happy to inform you that Champion School, the only school team invited from the San Francisco Bay Area to compete in a worldwide Computer Science tournament in New Jersey, achieved a Fourth Place Finish in one of the most prestigious as well as one of the oldest global competition in Computer Science.

Top 85 schools from around the world were invited to compete at this worldwide tournament, after a year-long series of 4 contests during the year, with participation from more than 300 schools from around the world, including the largest private schools in the Bay Area. Our students had an opportunity to compete against the very best teams from China, Russia, Romania, Japan, Korea, and the US. Champion School team qualified as a First Place team from California.

Sameer T. Khanna, Champion School's Computer Science Coach stated, "We are extremely proud of all of our students who have participated, challenged themselves and excelled in Computer Science contests throughout the year. Our school's teams have also won regional debate & speech competitions, national math competitions, conducted original scientific research and excelled at STEM competitions. We, all of my fellow dedicated teachers and staff at Champion School, strive to provide a balanced, stressfree and well-rounded education in an extremely engaging and supportive environment."

About Champion school
Champion School, located in San Jose, California, is founded on a philosophy that a balanced comprehensive, world-class education need not be stressful. Champion students tend to be among the happiest and most confident kids anywhere. Champion school's teaching processes/methods rely on small engaging classes, lots of practice in school, approximately one and half hours of outdoor time every day, free one-on-one and/or small group extra help. These highly supportive methods not only result in a lot less homework but also leads to both deeper level of understanding of key concepts as well as acceleration in levels of learning. For example, it is not uncommon for a first grader to be fully proficient in long-division with decimals, for a second grader to be able to solve simple single variable equations, or an eighth-grader to take courses such as Calculus, AP Computer Science, AP Economics or Biology without getting bogged down with tons of homework. Again, this is achieved without much homework. These highly effective methods also free up time for various co-curricular activities that are crucial in expanding a child's intellectual capacity. Activities such as performing arts, coaching in sports, public speaking, debate, mathletics, computer science to name a few. Not many other schools offers a more comprehensive co-curricular program to each and every one of its students. Champion School students have won dozens of awards regional and national competitions in Math, STEM, Public Speaking, Debate, Computer Science... On a per capita basis, Champion students are among the highest award-winning students in the Bay Area or the US. Additionally, due to the low levels of homework, Champion students have the freedom to pursue their individual passions. Various Champion School students are nationally ranked in Math, Chess, Dance, Tennis, Gymnastics, Fencing, Swimming, etc. Champion School is all about freeing up the kids to identify their passions, live up to their potential and be happy and confident. 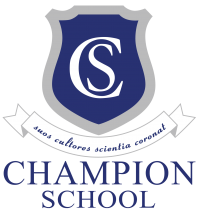 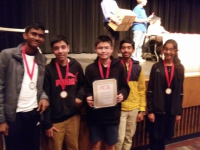