Henry created the comic after realizing that this year's fair would be canceled due to Coronavirus. He received support from multiple 4-H organizations, including Clinton County in northern New York. Said CCE Clinton County Project Coordinator Logan Williams, "In times of adversity, creativity flourishes. Henry's grand idea, to create a comic detailing the Putnam County Fair, was able to shine light and bring the joy of the fair to a wider audience." Dena Altavilla, 4-H Youth & Family Development Program Director for Putnam County, stated, "Henry's comic centered around the Putnam County fair made people feel better, and it lightened our mood. He created something positive in this challenging time that we are all facing, and his comic brought the 4-H Fair family and community a bit of joy this year!"

Ducky Comics released a follow-up comic to Unexpected Events, according to Henry: "To thank everyone who donated, I made another comic with a larger Duck Force, a Raccoon bunker, a Rooster reporting for News 12, and everything you could want!" Ducky Comics made a commitment to donate all proceeds to NYS 4-H, as Henry explains, "4-H introduced me to people like me, who share a passion for chickens and ducks. My next comic will teach how to build a duck coop." A member of 4-H: Hooves, Beaks, and Bills, in Croton, NY, Henry expressed his gratitude on September 8th by stating, "Thank you to my 4-H audience, who I dedicated the comic to, and who actually noticed it. Thanks to Putnam County Sheriff Robert L. Langley, and the 21 donors, especially Greg Levine who gave a very kind donation." For more regarding Ducky Comics or Henry's fundraiser, visit https://www.gofundme.com/f/4h-campaign-by-henry-of-ducky-comics.

About the Comic Tree
The Comic Tree is proud to partner with Ducky Comics and GoFundMe in this effort to support New York State 4-H Foundation, Inc. The mission of the Foundation is to support youth development in New York by raising and dispersing funds to support scholarships, educational trips, and other innovative programs that support 4-H's mission mandates of STEM, Healthy Living, and Civic Engagement. 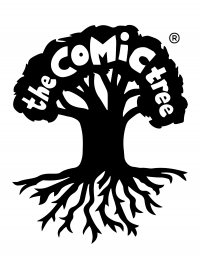 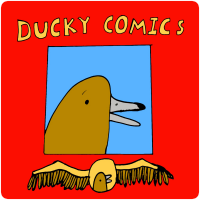 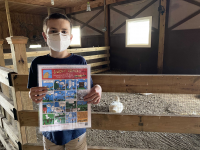 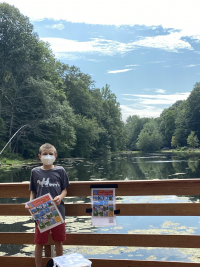 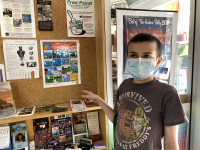 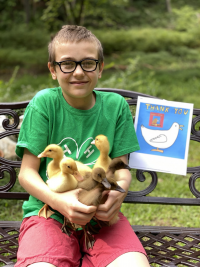 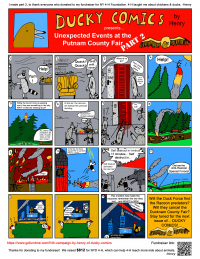