Christian Pop Music Artist, Estella Kirk Says There's Something Better Than Chaos to Look at with a New Song Called "Eyes on You"

Singer, songwriter, and Christian Pop music artist releases her second single with an uplifting message that gives every reason to look to something greater.

McAlester, OK -- (ReleaseWire) -- 07/07/2020 --Call it all things reassuring in rough times, but the newest single from Estella Kirk has got one thing in its sights - toe-tapping abundance set to music. Just having released her debut song "Shelter in the Storm" on May 5th to help quell worldwide fears surrounding COVID-19, Kirk now turns her purposeful energy to her second release. With a common thread that asks listeners in a world gone wild to look to God for peace and safety, the song is aptly entitled "Eyes on You." Released July 1st on all streaming platforms, its music video was launched on July 3rd. A powerful voice in a generation unaccustomed to seeing such a strong stand for God, Kirk once again turns the tide with devotion, heart, and just plain good music.

Teaming up with Kira Fontana of Kingdom Sound to write the tune, the young new artist then saw it produced by Josh "Igloo" Monroy. Her record label is slated to release one song a month until September when Kirk's debut album is officially released. Adding to the momentum, the video, set on the shores of California, was directed by Zach Patrick.

Kirk said of her mission, "My heart is to use outstanding music to point people to God, it's as simple as that. My experience has made me want to give Him my whole life - career, interests, future, all of it. So, my music's message is very clear; God is our only hope to find peace and freedom in a world that's focused too many things besides Him. Like my new song says, He's ready to help. We just have to look in His direction and ask. Our focus is everything, and we've just got to keep it on His goodness."

Already somewhat of an industry veteran, Kirk began her career as a model at the age of seven. In time, her print work included Harper's Bazaar. As a runway model, she had the privilege of walking in New York Fashion Week, LA Fashion Week, and the Cannes Fashion Festival. In 2015, she made her acting debut in couture designer Nancy Vuu's film "Unto Me," for which she won the Young Talent Best Actress Award at the Cannes Film Festival in France. Since that time, she has appeared in the films "Keep the Change," "Pretty Outrageous," "Clockmaker."

About Estella Kirk:
Estella Kirk is a Christian Pop musician, singer, songwriter, recording artist, and actress that received formal training at the Septien Entertainment Group. The top music artist development studio in the US, among other notable others, their alumni include Demi Lovato, Selena Gomez, and Kacey Musgraves. She has also worked with Peisha McPhee, a vocal coach for American Idol and Disney. 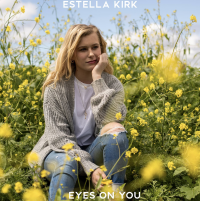 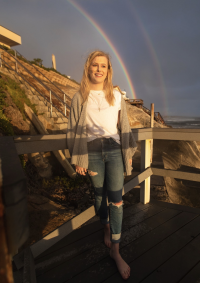