In her new role, Mrs. Engelbrechtsen-Rocchio is responsible for leading all revenue generation, including advertising and marketing solutions, across the entire DAILY SECRET ecosystem. "Christine's ability to grow new and existing revenue streams, as well as build highly motivated teams internationally and domestically, makes her uniquely qualified for the job," Mr. Kakavoulis said. "She will be leading the delivery of an expanding collection of products to our clients, positioning DAILY SECRET as the next generation native advertising and content marketing solution."

Mrs. Engelbrechtsen-Rocchio most recently served as Team Leader for the Northeast Region and Food & Beverage category at WebMD. Previously she was Head of Integrated Sales and Marketing at LIME and Vice President of Sony Pictures Television International. Earlier in her career, Mrs. Engelbrechtsen-Rocchio was instrumental in the expansion of various MTV Network channels internationally as Director of Global Advertising Sales. 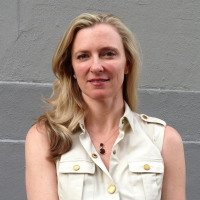