Claudio, who has been on tour as a support act for various big named artists such as Ace Hood (In September 2013), Busta Rhymes, Method Man & Redman (In November 2013), has now released his debut promotional album.

It has been 3 weeks since the release of Claudio's 'Overthinking' Promotional Album reaching thousands of plays on SoundCloud alone. The Portuguese up and coming artist had his music supporters on edge by announcing that he was going to drop the tape only a day before the release date. The promotional album is available to download from Claudio's Site (http://www.ClaudioMarques.co.uk) by entering your email address, however you can also stream it at (http://www.SoundCloud.com/claudioISE).

Overthinking is Claudio's first official project, bringing him new fans, more views and a lot of attention as we witness 'Vacation' (Overthinking's Track Number 10) reach 3rd place out of the Top 400 songs of the day on [Sounds. App].

Critics say that they were expecting more Features/Collaborations on this project while others say that, it's a good way for Claudio to introduce himself to the music game by making it all about him. The 13 Track Project features Productions from Lory Beatz, DatBoyRM, Elson Barbosa, Break, Fade, Rob Castelino & Claudio Marques Himself, it also features a Fire verse from The Portuguese Born Rapper Grei Lopes! There have been some widespread rumours about an Overthinking Official Concert being organised in London so stay tuned for more info.

Take a listen to The Overthinking Promotional Album and let us know what you think. Did Marques drop one of the best Tapes this December?

About ImperiumPress
ImperiumPress (Imperium Starz Entertainment) also known as ISE Records is an Independent Music Organisation found by a group of friends who shared the same dream. This Organisation is home to Claudio Marques, Grei Lopes and Karloz Lima officially owned by Tigzid Soldier. The 4 active music artists are looking like the ones to watch for the future, as we witness Grei Lopes release 'Woke Up In Da Projects' single and now 'Overthinking' the promotional album by Claudio Marques. Tigzid Soldier, rapper, entrepreneur and label owner claims: "2016 will be an exciting year for ISE Records, the structure of the business is ready to make major investments, we will be a lot more visible in this coming year". 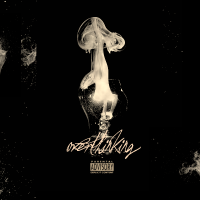 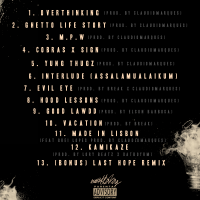 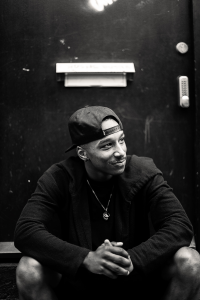