KioskClock™ Is the Time Clock That’s Off the Wall and On a Tablet.

Chico, CA -- (ReleaseWire) -- 04/16/2018 --This week, ClockShark, a leading time tracking app for construction and field service companies, announced the release of KioskClock™, the time clock everyone can share. KioskClock™ transforms a mobile tablet or smartphone into an easy-to-use time clock, allowing employees to clock in and out using a simple 4-digit pin, instead of punching paper timecards or typing lengthy passwords.

Designed to be used in a central location, like a warehouse or construction site, KioskClock™ transforms any smartphone or tablet into a time clock that employees can quickly clock in and out of, using an easy 4-digit PIN. Unlike traditional time clocks which are fixed to one location, KioskClock™ runs on a tablet or smartphone, and can easily move from one job site to another. "We listen to our customers, so as requests poured in for KioskClock™, we immediately set to work," explains Luke Zancanaro, ClockShark's Customer Success Manager. "KioskClock™ on a tablet is cheaper than traditional mechanical time clocks, so for workers who need a central location to clock in, it's a great fit."

When deciding what new features to build, ClockShark reaches out to the people who use ClockShark every day: their customers. "Like every feature in ClockShark, KioskClock™ is designed to support businesses with their time tracking, while improving work lives and providing a solution customers and their employees love," adds CEO Cliff Mitchell. "Not only do we put our customers first, but they can feel it when we do." The hundreds of 5-Star reviews ClockShark receives on Capterra, Intuit's QuickBooks Apps, and the Google Play Store, are easily attributed to ClockShark's commitment to listening to their customers.

KioskClock™ runs on any iOS or Android tablet and smartphone, and works right alongside ClockShark's other time tracking methods. For more information on KioskClock™, you can visit https://www.clockshark.com/Blog/category/feature-announcements/.

According to the American Payroll Association, companies that switch from paper timesheets to electronic time tracking save between 2-8% on payroll costs. ClockShark customers consistently report 50% reduction in payroll processing time.

About ClockShark
ClockShark is a cloud-based mobile time tracking service built for companies with mobile hourly workforces. ClockShark was founded in 2014 by brothers Cliff and Joe Mitchell. Cliff Mitchell, CEO, was running a 40 person telecom tower construction company and was astonished at how much time was being spent trying to track accurate payroll data. Businesses with mobile hourly workforces (such as construction and field service companies) rely on paper time cards to track time, a very inefficient process. When Cliff went to find a better solution he was amazed to see that none of the existing time tracking software was built for the unique needs of his business. After many discussions with Cliff's brother Joe, a software engineer in California, ClockShark was born.

ClockShark is based in the United States with its office in Chico, California. ClockShark is privately owned and entirely self-funded. 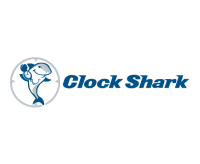 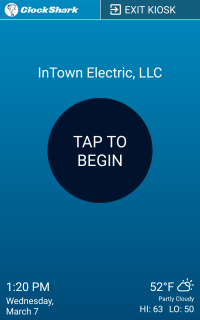 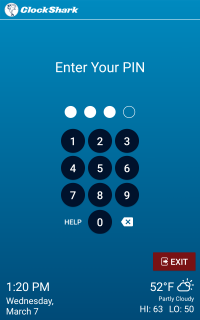 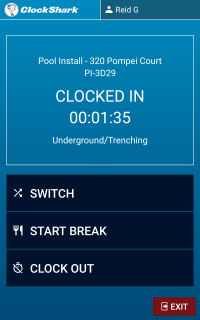