CoasterDad Announces "Behind the Scenes at Knott's" Event

CoasterDad.com Founder Will Pemble and his family are well known fans of Knott's. "It's a wonderful park," says "CoasterDad" Will Pemble. "The old west theme, the world-class rides, and Mrs. Knott's amazing chicken dinner restaurant are not to be missed."

The CoasterDad Project team will be at Knott's Berry Farm on June 19th and 20th, filming interviews, rides, and other materials for viewers of their YouTube Channel. "We'll be there all day both days," says Pemble. "Hopefully, we'll get to meet some of our fans while we're at it.We've already heard from a few who are planning to be there."

With a few days still left in the Take Your Dad To Knott's For Father's Day giveaway, theme park fans are registering online at http://www.coasterdad.com/take-your-dad-to-knotts-for-fathers-day. 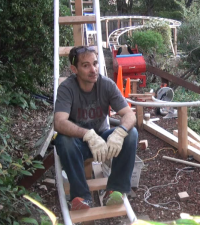 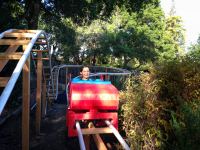