Fitchburg, WI -- (ReleaseWire) -- 11/07/2013 --CocktailNerd is the Internet’s leading e-cigarette review website. After months of posting reviews of dozens of e-cig starter kits and cartridges, CocktailNerd has become the authority when people want accurate, trustworthy information about any e-cigarette product on the market. This week, CocktailNerd revealed a sneak peak at a new line of products from V2 Cigs. The brand new V2 Cigs EX batteries will be available later this year, but the team at CocktailNerd had an opportunity to see the products and even try them as a part of the pre-launch.

The brand new EX series from V2 Cigs is set to be a game changer for the industry, according to the team at CocktailNerd. These batteries harness a completely new design and brand new features that will improve every aspect of vaping. V2 created the EX batteries with higher power than any regular e-cig on the market. While there are some powerful mods out there, those units are clunky and hard to store discreetly in the user’s pocket. The new EX batteries provide all the extra power without increasing the overall size of the e-cigarette.

With high power output, these batteries yield more vapor, better throat hit, and an overall better experience than ever before. Users will also find that the V2 EX series batteries have level indicators to give a clear view of how much battery charge is left. This has never been available on a regular e-cig before, so this is a big bonus! The batteries are also completely unique in that they do not light up on the tip so they have a sleeker design that doesn't resemble the appearance of an analog cigarette as much as earlier battery designs from V2.

The V2 Cigs EX batteries were created with style in mind and they will be available in a variety of designs such as metallic, brushed steel, bloom pattern, royale pattern, and carbon fiber. Each battery includes a cartridge cover to insure the unit is sleek and elegant, no matter which flavor cartridge the user prefers. The kits include three sealing rings to keep the cover and cartridge in place and to insure the best possible performance every time the e-cig is used.

The team at CocktailNerd also revealed that another product will be available as part of the EX series later this year. They hinted that new cartridges would be available that would completely revolutionize the industry with cutting edge new technology.

To get more information about the V2 Cigs EX batteries, visit http://www.cocktailnerd.com/v2-cigs-launches-game-changing-ex-batteries/ . 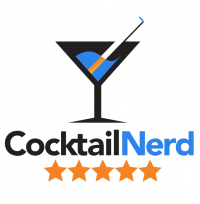