Madrid, Spain -- (ReleaseWire) -- 09/25/2017 --Cocodroy, the world's first drone circuit game that introduces a whole new flying experience for the home, is live on global crowdfunding platform Kickstarter and raising funds to bring the project to life.

Toy cars and race tracks have existed forever. The sheer joy of racing a remote controlled car around a track is timeless. Coconut Drones has managed to capture that same magical experience through their revolutionary new circuit game for drones.

"Our inspiration has always been to make drone entertainment accessible for everybody," says co-founder and CEO Javier Muñoz. "Do you remember those car racing track games we played with when we were kids? Well now instead of cars think about drones flying. We believe that the future knows no wheels!"

Due to a magnetic system built with the Cocodroy game, the drones are able to remain flying inside and within the circuit, so that players can focus 100% on winning the race without distraction. In addition pilots can also fly using FPV (first person view) which promises to raise the adrenaline and bring players closer to the action.

Cocodroy Circuit Tracks are constructed of various elements including normal, crossing and height tracks, different obstacles and barriers, as well as technical elements such as sensors, chronometer and magnetic controls. Cocodroy is the perfect game to be enjoyed indoors and year-round— whether its raining, windy or snowing outside.

"The Cocodroy drone circuit represents the first drone racing circuit game ever invented, with the purpose of bringing drones to your own house," adds Muñoz. "Everyone will be able to play at home, solving all weather impediments regarding flying drones. It doesn't´t matter if outside is raining or if there is too much wind, you will never depend on external factors to have fun."

The Cocodroy Drone Circuit Game is currently live and available to support on Kickstarter: https://www.kickstarter.com/projects/1684372505/drone-circuit-game.

About Coconut Drones
Coconut Drones is the fruit of the fifteen years of experience that Fernando Ochoa (co-founder) has put in the aeronautical world, plus the youth, energy and entrepreneur background that Javier Muñoz (co-founder and CEO) brings to the table. Coconut Drones was born with the intention of being the access door to the drone world. 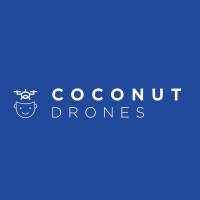