Brooklyn, NY -- (ReleaseWire) -- 08/21/2017 --Allowing crypto investors to seamlessly diversify their assets into multiple currencies, COINCUBE sets a new bar in crypto investing. With convenience in tow, cryptocurrency investors can now diversify their assets free of charge through the platform's online app. With diversification top of mind, think of COINCUBE as a multi-tasking hub. It supports 100 crypto assets, and customizable indices that support exchanges galore. Users just pick an index, and the platform's software will rebalance across exchanges like Bittrex, Kraken, Bitfinex, GDAX, Gemini, Poloniex, and Bitstamp. Simplified blockchain wealth management, anyone?

Coin Cube LLC began development of its next generation tool in April of 2016. By March of the following year, it was released to the public for limited beta testing. Now, it makes its way in open beta to a ready marketplace. Once more, it gives users complete control with a limited API-connection that can only make trades. Only the user can withdraw their coins.

Christopher Allen, COO of COINCUBE, said of the company's need for expansion, "It became clear to us that COINCUBE's first product, which focused solely on bitcoin technical tools, was too simple in its scope. We had to go bigger. The growing diversity in the cryptocurrency world brought more coins than investors could keep track of. COINCUBE needed to create tools for this growing community on a platform that's easy to use."

With its timely expansion, the customizable hub for cryptocurrency investing was right on point. Within three months of the release of the newly featured indices, the crypto space changed dramatically. This year, from March 15th to June 15th, Bitcoin's market capitalization dominance fell from 84% to 39%. Ethereum, Dash, Litecoin and many others skyrocketed. It became obvious that the features of these cryptocurrencies filled in where Bitcoin struggled.

Sticking with their mission to streamline the investment process and the user experience, COINCUBE doesn't see the trend slowing anytime soon. Indeed, they project diversity will continue indefinitely as decentralized applications on Ethereum and the upcoming Neo/Tezos/EOS network often require tokenized assets. To that end and with much foresight, the platform was recently accepted into the Kickstart Accelerator program in Zurich, Switzerland. COINCUBE will work to add additional features and investment tools during their time in Zurich, with plans to exit open beta by the end of the accelerator program on November 17th.

About COINCUBE LLC
COINCUBE LLC is based in Brooklyn, New York and supplies the marketplace with a platform to manage automated cryptocurrency investing. 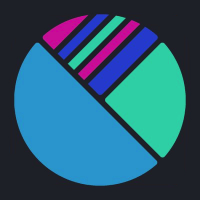