Las Vegas, NV -- (ReleaseWire) -- 10/06/2014 --The Freeloader, a new comedy film by award winning comedian Don Barnhart has started pre-production in Las Vegas, NV. It is the story of a returning Veteran who ends up living on the streets of Las Vegas and becomes the Robin Hood of the homeless.

Barnhart, who has been performing and producing comedy shows for the troops since ’91 was inspired to write the film after seeing the huge increase in the number of homeless Veterans over the years.

“I've had great feedback on my script and several companies have offered to buy me out but this is my "Rocky", said Barnhart who is gearing up for another tour for the troops taking out comedy legend George Wallace.

Barnhart has posted a crowd funding campaign on indiegogo to help raise completion funds and produce the movie under his production company Don Barnhart Entertainment. “My goal by creating a crowd funding campaign is to keep creative control and do the film the way I feel it needs to be done. Although, The Freeloader is a comedy, it has a heart and needs to be done correctly.”

Click here to check out our crowd funding campaign.

Don added, “The perks we are offering range from DVDs, signed posters and scripts to small parts in the movie and even an all expense "Vegas Movie Experience" where we fly you out, put you up and give you a part in the film. Not only will this film be funny and entertaining, it will help bring light to the increasing Veteran's homeless epidemic we have in our country.”

Here is a link to the pre-preview.

Barnhart’s plan is to shoot in Las Vegas in early 2015 using his contacts in the comedy community. “I hope to use as many comics and name acts in the movie as I can.” Don went on to say, “I would like to include several homeless Veterans groups and help bring light to their cause by giving them cameos in the movie. One of them being, Ride of The Brotherhood, a non profit organization dedicated to providing Veterans with assistance in their time of need.”

The comedian, author and filmmaker tours over 250 days a year on the road using the success of his stand up tours to fund his projects. He said, “If you're not willing to invest in yourself, why should anyone else. I don't ask people to work for free because I feel their time and talent has value.”

“Ideally, I would love a budget of $250,000 to 1 million (it would cost 20 million to get Denzel), said Barnhart, “However, I can make a great film with fresh new talent who will become the next super stars of tomorrow.”

It’s through his unique sense of humor that Barnhart feels, “we can bring light to serious subjects. I have been able to do this in my stand up "The DeEvolution of Man" working out many of the jokes and personal material I’m bringing into The Freeloader script.”

As if their commitment to making the world a better place isn’t obvious, Don and his producer partner and wife, Linda Vu both volunteer for several charities and serve on the board of directors for Helping Hands Relief, a charity serving those in need in the Philippines.

As a comedian, Don Barnhart is a popular name at the top comedy clubs across America as well as on cruise ships and in the college market. Barnhart’s comedy career really gained national attention in 2007 when he won the American Idol Underground’s Online "Best Comedian" Award and was named their, “Artist to watch” and last year, the Las Vegas Review/Journal named his show one of their “Best Bets”.

Don has been seen on MTV, Star Search, Evening At The Improv and has been featured on ABC, CBS, FOX and NBC. Don can be heard regularly on The Bob and Tom Show and XM/Sirius Satellite Radio and is graduate of The Second City Conservatory as well as being a Certified Hypnotist. He is also the only national headline comedian that also performs a separate and equally funny comedy hypnosis show.
Don Barnhart's Website

Even if you can't donate funds, people can help The Freeloader by spreading the word, sharing the project with your friends and social networks or as Barnhart adds, “even sending us some positive energy or a prayer.” 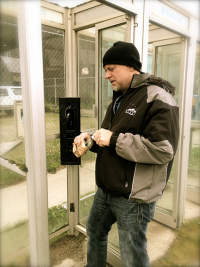 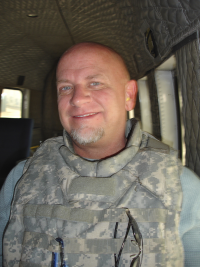