According to a statement released by the Kansas Highway Patrol, three people were killed and one other person was injured in a fiery crash in Sedgewick, just northeast of Wichita.

Witchita, KS -- (ReleaseWire) -- 03/28/2019 --The tragic collision occurred when a commercial freightliner travelling northbound on Greenwich Road and a Ford Fusion going westbound on K-254 both entered the same intersection. Kansas State Route 254 and Greenwich Road are perpendicular, intersecting with each other at a right angle.

A Kansas State Patrol officer who responded to the scene of the crash indicated to reporters that the collision happened right in the middle of the intersection. When the vehicles collided, both the commercial truck and the Ford Fusion went off the side of the road, landing in a ditch and igniting in a terrible fire.

Many community members have raised concerns about this particular intersection in the past. The tragic accident has brought some of those complaints back to light. A local resident told reporters from KWCH 12 that something needs to change because this is a "flawed road".

Drivers travelling northbound or southbound on Greenwich Road are required to stop and yield to the traffic on K-254. Unfortunately, many of them misjudge the speed of the vehicles that are coming in either the eastbound or westbound direction.

As explained by the Wichita, KS car accident lawyers at the Wall Huntington Law Firm, "All drivers, especially commercial drivers, have a legal duty to operate their vehicle in a reasonably safe manner. Among other things, this includes following all traffic safety regulations and yielding to oncoming cars when not in the right-of-way. At the same time, and though it is less common, government entities and private companies may also sometimes bear liability for an accident that was caused, at least in part, by negligent roadway design."

While it is unclear if this intersection meets any legal definition of "unsafe", many local residents want changes. There have been many questions raised about roadway safety all across the country. According to one estimate from the American Road and Transportation Builders Association (ARTBA), bad road designs may contribute to as many as half of all fatal motor vehicle accidents in the United States. The ARTBA notes that roadway hazards come in a wide range of different forms — including everything from overly narrow bridges to lack of sufficient warning signs to mark safety hazards. 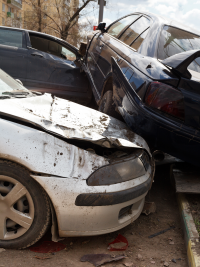