Madison, WI -- (ReleaseWire) -- 10/23/2017 --Bob Shoudt, All Pro Eating's 2nd Ranked Independent Competitive Eating in the World, celebrated Arby's limited time Venison Sandwich unlike anyone else in the world. On the day Arby's released the limited time sandwiches (October 21, 2017) he ate 20 of the juicy thick cut venison steak sandwiches in 48 minutes and 8 seconds outdoors in the bright Pennsylvania sun totaling 11 pounds and 1,000 grams of protein. The new World Eating Record, verified and confirmed by All Pro Eating, is one that will likely be in place for quite some time not only because of the impressive sheer volume of food but also because of the limited availability of the sandwich.

This new World Arby's Venison Sandwich Eating Record is one of many triumphs for Shoudt in the sport of Competitive Eating. Earlier in 2017 he became the new Wing Bowl 25 Champion after eating 409 chicken wings in 30 minutes in Philadelphia, PA. Additionally, Shoudt has eaten a 6 pound walking taco in 3.14 minutes, 19 Jamaican beef patties in 10 minutes, 33 slices of pumpkin pie (hands free) in 10 minutes and is a two time member of All Pro Eating's Team USA who has won 4 consecutive World Competitive Eating Championships.

"This new World Arby's Venison Sandwich Eating Record was one of the most difficult Eating Records I have ever established." said Shoudt on the same day after devouring the food in front of him. He continued, "The limited release sandwich created a large crowd that had been waiting for hours at my local Arby's for their chance to eat this amazing Arby's masterpiece. The sandwiches were delicious and I found it extremely difficult to eat these as fast as I planned because I wanted to savor every bite. This sandwich creation is so good I could eat the Arby's Venison Sandwich every day - just not 20 of them in one sitting!"

All Pro Eating's Director of Eater Compliance and Official Records, Robb Birmingham, commented "Bob Shoudt is one of the most well-known and entertaining Competitive Eaters in world. It's fitting that he is the one that set this record using Arby's newest limited release venison sandwich that caught the attention of every meat enthusiast when it was first introduced. It was a match made in Sandwich Shangri-la when Bob Shoudt, the second ranked Independent Competitive Eater in the World, chose Arby's, the second largest sandwich restaurant brand in the World. Knowing that Arby's always 'has the meats' made this new World Eating Record an easy decision!"

More information can be found at http://www.CompetitiveEaters.com. 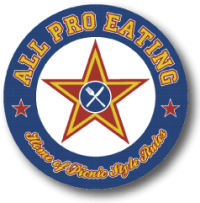 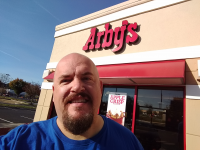