Giving consumers even more power to affect change Echo it shouts its well-informed rebuttals from virtual rooftops. Launched on April 22nd, the site ups the ante on the status quo and gives companies a constructive piece of the consumer’s mind.

Somerset, NJ -- (ReleaseWire) -- 05/08/2015 --Dynamic with all its 'everyday joe' appeal Echo it announces its newly launched website. Officially open for echoes in late April, the site is the newest way to social network with a social purpose. Offering entertaining features Echoit.co is anything but a humdrum review site. Instead it's a visionary approach to what products and services, currently in the marketplace, could be and should be. Think of it as research and development launched into the social media stratosphere. This is where 'echoers' get to speak their mind and hatch incredible ideas with the masses. After all, who hasn't wanted some help tugging on the coat tail of the biggest companies worldwide?

There's not a consumer that hasn't had a great idea or a complaint they're all too willing to share with someone who can make a difference. Now Echoit.co makes the consumer, A.K.A. the echoer, that someone.

Kristina Bethea, COO of Echo it LLC said of the innovative business model, "Since the consumer holds the purchasing power, at the end of the day, companies work for their customers. To facilitate that, Echo it offers the most easily accessible data for research and development. Our member's echoes determine market demand. And by giving them a platform we unify the communities companies cater to."

Easily navigated, Echoit.co entices consumers to join in and share their two cents on everything from iPhones to Chipotle. For a deeper look at what people are saying about national companies there's a simple search bar. Here echoes are searched for by product, company or an echoer's username. Once an echo is posted, members can share it with their friends on social media or via email directly from the site. With a power to the people approach, new Echo it friends can get involved too. They just re-echo the post to make it rise through the site's ranks. Echoes start at 'Quiet', go to 'Amped' and then get 'Loud' as they gain a following. To add to the constructive fun, the site draws a visitor in with engaging video content. Consumer report videos are posted on the website's homepage to give quick summaries of Echo it member's most interesting and 'loudest' ideas.

Bethea adds, "Echo it wants to be the echoer and re-echoer's biggest supporter. We'll carry their messages to both the companies and the consumers so they'll get their points across loud and clear."

All echoes are shared directly on the blogs, websites and social media accounts of the companies they target. Every echo and re-echo is a proactive measure to get heard by the company for any future initiative. If there's no response to 'loud' echoes from the company within 30 days the Echo it system offers a solution.

Keeping the playing field fair, companies are given an opportunity to feature valuable content via videos and images. Echo it maximizes the ad model by utilizing the very nature of the site, enabling advertisers to get the most out of their campaigns: corporations can give feedback on echoes and message consumers. This dynamic advertising model provides relevant information consumers are waiting to hear rather than commercials they're trying to avoid. Seamlessly advertising while simultaneously addressing consumer concerns in any marketplace is a reverberating win/win.

About Echo it LLC
Echo it is a free social media innovation platform designed to give consumers a voice in the marketplace. Founded in 2013 by a group of alumni from Rochester Institute of Technology (RIT), the site allows consumers to leave direct feedback and ideas for major companies to use as market research for product development. 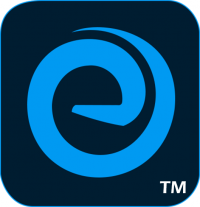