Cool Tools for Back To School

Radio & TV's one and only Mr. Gadget reveals must-have gadgets for high school and college students.

Las Vegas, NV -- (ReleaseWire) -- 08/18/2008 -- Students heading back to school this fall will be filling their backpacks and dorm rooms with hi-tech gadgets. But, which gadgets are the must-haves for back-to-school shopping this fall?

Steve Kruschen, known to millions of consumers as the one and only Mr. Gadget, has revealed his picks with his annual list of “Cool Tools for Back To School.”

For more than two decades, Kruschen has been testing, demonstrating and reporting on electronic products, gadgets and new technology on thousands of radio and television appearances nationwide. The ultimate consumer, he checks out products in a real-world, hands-on environment — just the way the average consumer would. Mr. Gadget is the guy who tries it out for consumers before they buy it.

So, take notes on your PDA or laptop and then text mom and dad to ask for these great gadgets:

• Logitech Wireless Notebook Mouse (V450 Nano). This laser mouse feels great, is available in several colors and has an almost-disappearing receiver so small and unobtrusive that it can be left in place in the USB slot without fear of being snapped off and not only damaging the dongle, but also the computer. $50.00.
• Memorex Home Audio System for iPod (Mi1111). It’s not too large, not too small and has big clear sound with an AM/FM radio with presets, built-in subwoofer, MP3/CD player, wireless remote, line-in jack and even an audio/video output from the iPod. $100.00.
• Sony Ericsson Walkman Phone (W350). Not yet formally announced, this entry-level Walkman phone offers above entry-level performance and will be available later this month from a major carrier for less than $50.00 with a two-year contract, which will be substantially less than if purchased directly as an “unlocked” phone.
• Texas Instruments TI-Nspire Calculator. This new graphing gem is a worthy upgrade from the very popular and industry leading, still-available TI-84 Plus Silver Edition. TI-Nspire features computer-like functions that will take students through high-school and into college. $150.00.
• Roku Netflix Player. With any Netflix account ($9 per month and up), the new Netflix Player by Roku effortlessly connects to a high-speed wired or wireless network and then to ant TV. It streams content to watch and enjoy seconds after choosing what you want to watch. This is a one-time purchase costing not one penny more to use above your current, eligible Netflix account. $100.00.

At http://www.MrGadget.com, Steve Kruschen has posted not only his in-depth reviews on each of these products, but also his picks for back to school computers, software, monitors, printers, accessories and data back-up. Plus, look for his recommendations on in-vehicle hands-free phone products, cordless phones and log distance calling. 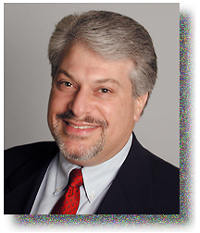