The Corporate Whistleblower Center is calling on employees at long term care facilities to contact them at 866-714-6466, if they have well-documented proof their facility is involved in major overbilling of Medicare, because the rewards can be extremely substantial. httP://CorporateWhistleblowerCenter.Com

Washington, DC -- (ReleaseWire) -- 03/03/2014 --The Corporate Whistleblower Center says,"Because long term care facilities are not highly regulated, it is not uncommon for these types of facilities to overcharge Medicare by hundreds of thousands or even millions of dollars each year. This presents an excellent opportunity for employees, or insiders to document their proof of fraud and do the right thing by stepping forward. Because the government relies on whistleblowers so heavily, they have the potential to be rewarded handsomely for their information. It’s not uncommon for whistleblowers to get hundreds of thousands of dollars in reward money.” For more information healthcare whistleblowers can contact the Corporate Whistleblower Center anytime at 866-714-6466.

Recently, a whistleblower at a long-term care facility received a $798,000 reward for stepping forward with his information. According to a press release from the Department of Justice, Specialty Hospitals of America, which operates two long-term care facilities in Washington, DC, agreed to pay $4.2 million to settle allegations they allegedly overbilled Medicare. According to the lawsuit, Specialty Hospitals of America allegedly filed reports that contained inaccurate financial data. As a result, the company allegedly received inflated Medicare reimbursement rates over a two-year period from 2007 to 2009. http://CorporateWhistleblowerCenter.Com

“If you work at a long-term care facility, rehab center, imaging center, or dialysis center and have well-documented proof of Medicare fraud in the hundreds of thousands, or millions of dollars, please contact us at 866-714-6466,” says the Corporate Whistleblower Center. “We provide a service unlike any other group in the nation. As advocates for whistleblowers, we will help you package your information, and then get you in contact with the nation's top whistleblower attorneys.” http://CorporateWhistleblowerCenter.Com

- Do not try to force a government contractor, or corporation to come clean to the government about their wrongdoing. The Corporate Whistleblower Center says, “Fraud is so rampant among federal contractors that any suggestion of exposure might result in an instant job termination, or harassment of the whistleblower. Come to us first, tell us what type of information you have, and if we think it’s sufficient, we will help find the right law firms to assist in advancing your information.”

Any type of insider or employee who possesses significant proof of their employer or a government contractor defrauding the federal government is encouraged to contact to Corporate Whistleblower Center anytime at 866-714-6466 or via their web site at http://CorporateWhistleblowerCenter.Com'

For attribution purposes please refer to the November 2013 Justice Department press release on this matter: http://www.justice.gov/usao/dc/news/2013/nov/13-373.html 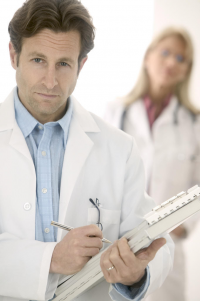 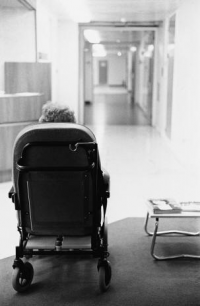